Cook sizzles!
Alyssa-Jane Cook has returned from a year-long stint with the stage production of The Rocky Horror Show straight into a steamy guest role in A Country Practice.  The former E Street star enters the series as Tess Osmond, a sexy single mum who grabs the attention of Hugo Strzlecki (Gavin Harrison), triggering scenes which mark a coming of age for Wandin Valley’s fitness fanatic.  “It will definitely be uncharted waters, emotionally and sexually, for Hugo,” Harrison told TV Week.  “It’s like going down rapids without paddles, but I think Hugo’s going to grow a lot.” 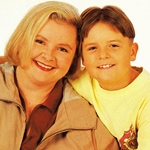 On a roll!
Hey Dad! star Matthew Krok admits, at age ten, he hasn’t discovered girls yet — except one.  “Magda’s okay,” he says.  Fast Forward/Full Frontal star Magda Szubanski parodied the toilet paper commercial that Krok appeared in… though he did not mind.  “I thought it was funny,” he said.  “I just laughed.”  The pair have since starred together in a follow up commercial.  Meanwhile, Szubanski has denied reports that she is writing her own new show for the Seven Network.  “I’m not doing my own show, basically,” she said.  “But then again, I am writing, and if something comes of it, well and good.”

A league of her own
Tina Turner has become a darling of the Sydney Rugby League following her recording a TV commercial based on her hit song What You Get Is What You See, and a follow up commercial featuring her song Simply The Best.  Now, the 53-year-old singer is to perform live at the Rugby League Winfield Cup Grand Final later this year.  The performance is set to launch her tour of Australia and New Zealand.  While she is here she will record another commercial for the league for its 1994 season.

“For its 7.30 slot, Heartbeat (from Yorkshire Television, debuting this week on ABC) can be adult in its themes and language, and in the pilot there also was a brief flash of flesh.  But at the same time it has a winning charm, some highly likeable characters and a Sixties soundtrack which, for me, anyway, serves as a reminder that life really was simpler then.”

Monday:  In A Country Practice (7.30pm, Seven), Anna (Anne Looby) suspects a case of domestic violence, and Bernice (Judith McGrath) is reunited with a former lover only to find out that he is a bigamist.  Tim Webster hosts Sports Line, a new nightly program reporting on national and international sporting events and personalities (11pm, Ten).

Tuesday:  In GP (8.30pm, ABC), Julie (Denise Roberts) sinks into despair and has to come to terms with having run over a toddler.  In Law Of The Land (9.30pm, Nine), Peter (David Roberts) is not convinced that Clive (Richard Moir) is completely innocent of Greg Jardine’s death, and Kate (Lisa Hensley) takes on the bank defending Harry (Shane Connor) and Trish (Lindy Wallis) in a last ditch effort to save their farm.

Wednesday:  In Neighbours (6.30pm, Ten), Julie (Julie Mullins) is impressed by the sight of her new neighbours’ Mercedes and plans to invite them for dinner; but loses interest when she realises they are a Chinese couple — and is accused by Debbie (Marnie Reece-Wilmore) of being racist.  Les Murray hosts SBS’ coverage of the first of two soccer matches between Australia and visiting team AC Milan, live from Sydney (7.30pm).  Hard Copy (8.30pm, Ten) presents a special two-hour episode, including reports on Mark ‘Jacko’ Jackson, who has just finished work on a new movie and a new series of battery commercials, and Aussie supermodel Elle Macpherson.

Thursday:  In Home And Away (7pm, Seven), Greg (Ross Newton) begins an affair with Fiona (Olivia Pigeot), while Tug (Tristan Bancks) refuses to give up on Sarah (Laura Vazquez).  Nine crosses to London for Day One of The Ashes — Second Test (8.30pm), followed by live coverage of the US Open golf from Springfield, New Jersey (3am).  In Police Rescue (8.30pm, ABC), Mickey (Gary Sweet) is in conflict with members of the squad when he wants to continue the search for a man supposedly lost in dense bushland.

Friday:  In The Great Outdoors (7.30pm, Seven), Penny Cook investigates a mapping device; Sofie Formica and Neil Crompton put the new Hyundai through its paces; and Bridget Adams travels Victoria’s Great Ocean Road.  Nine has the second day’s play of The Ashes from London (8.30pm) followed by US Open (3am) from New Jersey, and Seven has live coverage from Perth of AFL — West Coast Eagles versus North Melbourne (8.30pm). 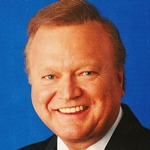 Saturday:  New Faces With Bert Newton (pictured) is moved to a new timeslot (5pm, Ten).  In Beyond 2000 (7.30pm, Seven), Bryan Smith reports on new evidence linking depression to sleeping habits.  Nine has another night of The Ashes (8.30pm) followed by the US Open (3.30am).