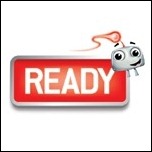 For around 1.5 million viewers in the southern and central western regions of NSW, including the Murrumbidgee Irrigation Area, and the Australian Capital Territory, 9.00am today marks the end of analogue television transmission after over 50 years.

Some small towns and communities in the above areas have already had to switch off analogue transmission in the months leading up to today’s shutdown.

Significantly, the inclusion of Canberra in this shutdown phase marks the first Australian capital city to lose access to analogue television and comes only days after Canberra’s Southern Cross Ten (CTC7) celebrated 50 years of transmission with a reunion of past and present employees. 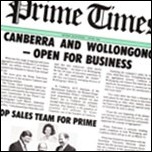 Earlier this year, Central Tablelands station CBN8 (now Prime7) and Wollongong’s WIN reached 50 years of broadcasting in their respective areas.  The three regional networks – then Prime, WIN and Capital – made history in 1989 as the first to go through the process of aggregation, providing local viewers with a choice of commercial TV stations for the first time.

ABC had started analogue transmissions in Canberra in December 1962 and progressed through other areas in the Southern NSW area in the following years.  SBS has been broadcasting in Canberra and NSW towns Goulburn and Cooma since October 1983, and Wollongong since June 1985, and was gradually extended to the wider Southern NSW regions.

Households who have not made arrangements to convert to digital or any alternative platforms – such as the satellite-based VAST – will find their television signals disappear from around 9.00am.

The next phase in the analogue shutdown will be Northern NSW – excluding the NSW Central Coast and the Gold Coast – in November this year.

The markets of Regional Victoria (including Mildura), Regional Queensland and regional South Australia (including Broken Hill, NSW) have already made the transition to digital-only television.

More information on the analogue shutdown, including details on household assistance schemes, can be found at the Australian Government’s Digital Ready website.

Permanent link to this article: https://televisionau.com/2012/06/southern-nsw-and-act-farewell-analogue.html