Traumatic times for two young girls
Some big storylines ahead for two of TV’s popular young stars.  In Neighbours (Ten), 17-year-old Beth Brennan (Natalie Imbruglia) shocks Ramsay Street with the announcement that she is engaged to Rod Baker (Chris Lloyds), a gentlemen she met on holiday in Brisbane — but who is old enough to be her father.  “For Rod and Beth, it’s love at first sight, but their relationship is not sexual.  They fall in love with the idea of being together,” Imbruglia told TV Week.  “But you’ll just have to wait and see if Beth walks down the aisle with Rod!”  Meanwhile, on Home And Away (Seven), Sophie (Rebekah Elmaloglou) is adjusting to live with newborn Tamara, as well as an over-protective foster mother — Pippa (Debra Lawrance) — being a little bit over zealous in helping out with the new arrival which causes some friction in the household. 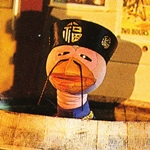 Hey, we’re in the movies!
The 50th anniversary of the Hollywood classic Casablanca has inspired the team from Hey Hey It’s Saturday to play out their own detective mystery.  Hey Hey The Movie — Silence Of The Hams, written by Daryl Somers and comedians Trevor Marmalade and Russell Gilbert, tells the tale of the movie industry crumbling in the 1950s because of the doings of Ossie Fu Manchu (Ossie Ostrich, pictured).  “It’s a rather nonsensical plot but it’s a lot of fun.  And everyone from the team is in it — including about 50 extras,” Somers told TV Week.  “We filmed for a week at Movie World, so it’s been put together in an incredibly short time.  It’s one of the fastest movies ever made and the network is genuinely surprised at the outcome… resulting in the great timeslot (Monday night).”  The telemovie comes on the back of ratings success with the recent The Best (And Worst) Of Red Faces special.  Before the year is out there may be a second Red Faces special as well as a special edition of Hey Hey It’s Saturday to be produced on location in the Northern Territory, and another Hollywood special to coincide with the show’s 21st anniversary. 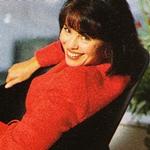 Tradesmen pull the plug on Helen!
The Investigators host Helen Wellings (pictured) is finding that in her role as a consumer watchdog is making it difficult to get renovations done on her own home.  “I can’t get tradespeople to come to the house,” she told TV Week.  “And when they do, they give a quote and we never see them again.  They go into the study, where we have photographs and cartoons about me that appeared in newspapers, and  they act strangely.  Their eyes go from side to side and we never see them again.”  On a more positive note, Wellings is more delighted with the performance of The Investigators which is ABC‘s most popular program.  “This year, for me, has been the best so far,” she said.  “It is because I have been specialising in some big stories, and that really pleases me.”  One of those big stories is this week’s special report on superannuation which promises to lift the lid on some big companies which promise so much in their advertising campaigns.  “We are bombarded with advertisements on super, ‘We are the ones you can trust and we’ll be here forever.  We can really look after you all your lives’.  Yet some of these companies are here today, gone tomorrow.” 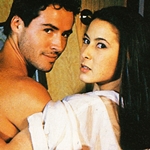 Briefly…
Actress Katherine Li is hoping that her role in the drama series Chances will give her a second chance as she is currently in her final year of a three-year probation term imposed on her by the Brisbane District Court for her part in an attempted robbery.  The former model and her now estranged husband planned the crime to prop up a failing business venture — and while she does not intend to trivialise the offence she admits that police viewed the incident as one of the most poorly executed crimes in Queensland history.  “There were people laughing in court… it was so badly done,” she said.  “Nobody got hurt.  It was not a violent thing.  A couple of people have said to me, ‘How could you have done this? You seem to be an ordinary person like all of us’.”  The 23-year-old mother (pictured with Chances co-star Gerry Sont) is not looking for sympathy but hopes the public and her co-stars will give her a second chance.  “If I stuff this up, if I make one mistake, then I’ll go to jail.  I can’t afford to make any mistakes and I don’t want to.” 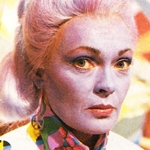 Former Sons And Daughters star and TV Week Gold Logie winner Rowena Wallace (pictured) takes on a new look as a “cosmic” newsreader from Planet Peaceful, who reports on the invasion of “The Grubs”, an intergalactic menace in the Network Ten children’s series The Miraculous Mellops.

Newsreader Brian Naylor, TV host Bert Newton and actor Charles ‘Bud’ Tingwell are among those that have offered an insight on their early careers on a series of radio interviews.  But you won’t hear these interviews on the major talkback stations or even the ABC, but rather on community radio station 3RPH — Radio for the Print Handicapped — which will broadcast the interviews as part of their upcoming appeal.  Others that have lent their support to the cause are performers Danny La Rue, Johnny Chester, Kamahl, television presenters Steve Vizard and Derryn Hinch, and sporting identities Jeff Fenech, Lou Richards, Bill Collins and Ron Casey.  The station has recently taken over the 1179 kHz frequency previously occupied by 3KZ and currently costs around $270,000 to stay broadcasting each year but receives no direct government funding.  Last year’s appeal raised only around $30,000.

Lawrie Masterson:  The View From Here:
“Most Victorians with even a passing interest in sport will have been familiar with Rex Hunt for some years now.  He first made his name in the then VFL, playing a total of 170 games in the Sixties and Seventies.  Since his football days ended, he gradually has developed a burgeoning angling equipment business and a steadily growing media profile.  No angler considering getting a line wet on the weekend could possibly miss Rex’s Friday radio show in Melbourne.  Some time ago his radio angling program spun off into television and viewers of Melbourne’s Channel Seven have been treated from time to time to Rex Hunt’s Fishing World, usually late on Friday nights.  From 4 July, the fisherman will cast even wider, hoping to hook an audience around the Seven Network at 5.00pm Saturdays.  For the uninitiated, the man you’ll see is balding, bearded and usually beanied, has a ready, roguish grin and occasionally refers to himself as “old uncle”.  He is part fisherman, part environmentalist, part comedian, part homespun philosopher and, for all his bluster, nobody’s fool… at least not when it comes to his passion for fishing, anyway.”

Monday:   Daryl Somers, Ossie Ostrich and the rest of the Hey Hey It’s Saturday gang star in Hey Hey The Movie — Silence Of The Hams (Nine).

Wednesday:  In E Street (Ten), CJ (Adrian Lee) asks Toni (Toni Pearen) to marry him, while Sam (Simon Denny) has a serious decision to make.  In Cluedo (Nine), when journalist Janet Tipple (Caz Lederman) visits Brindabella to write an article about Professor Plum (Andrew Daddo), she finds that other members of the household have interesting stories to tell as well.

Thursday:  ABC presents the series final of health and lifestyle series Everybody, presented by Lisa Forrest.

Friday:  Seven presents a delayed telecast of the AFL match between North Melbourne and the Brisbane Bears, from the MCG.  Ian Chappell hosts Nine’s live coverage overnight of the US Open golf from Pebble Beach, California.