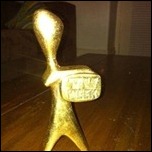 It was only a couple of months ago that a Gold Logie was open for bids on Ebay… before the item was removed from sale and the Award organisers, TV Week, considered legal action.

Now, with the presentation of the 54th annual TV Week Logie Awards just around the corner, the item (pictured) has resurfaced via website Gumtree.

The item for sale on Ebay last year had a starting price of $1000, but despite the item not being a Gold Logie as previously claimed the price tag has skyrocketed to $20,000, although the price is said to be negotiable.

The statuette, believed to date back to the 1960s, is without its wooden base and the identity of the award’s original recipient is not known.  The seller, who bought the Logie at a Camberwell market 15 years ago, is only of the understanding that the award came from someone with connection to Melbourne channel GTV9. 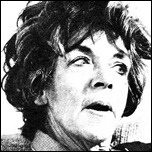 Meanwhile, TV Week has announced the line-up of presenters who will be handing out brand new Logies to Australia’s most outstanding and most popular TV talent, as judged by the industry and viewers respectively, this Sunday night. 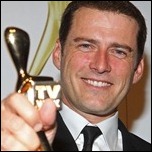 There will be musical performances from boyband One Direction, Flo Rida and the legendary Tony Bennett.

The Logies will also provide a cross-promotion platform for its new talent contest The Voice with performances by Delta Goodrem and Seal, who are both judges on the new show. 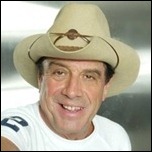 It has been reported in the media that music executive Michael Gudinski is expected to induct Molly Meldrum (pictured) into the TV Week Logie Awards’ Hall of Fame.  Meldrum, best known for his many years on Countdown and Hey Hey It’s Saturday and more recently with the Seven Network and Foxtel, is recovering from injuries sustained from a life-threatening fall at his home before Christmas and is not expected to be present to accept the award.

With Sunday night marking the return of the full-scale ratings battle following the Easter break, the TV Week Logie Awards, which follows the debut of The Voice, will be up against the series return of Seven’s popular Dancing With The Stars and Ten’s screening of the movie Avatar.

Permanent link to this article: https://televisionau.com/2012/04/how-much-is-that-logie-up-the-gumtree.html