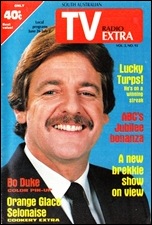 Australian showbusiness has lost one of its true veterans with reports that Ian Turpie has died from cancer at the age of 68.

Born in Melbourne in 1943, his career started as a child actor back in the 1950s working in radio and theatre productions.  He later moved to television as a performer on variety shows including Bandstand, Sing Sing Sing (formerly The Johnny O’Keefe Show) and the Melbourne-based daytime show Time For Terry.

In 1964, Turpie became the first “victim” in the iconic television drama series Homicide, playing the role of a university student who was shot dead while staging a mock bank hold-up in the opening scenes of the first episode.

He was later a host of the mid-1960s pop music program Go!! and co-hosted early-1970s game show Surprise Surprise. 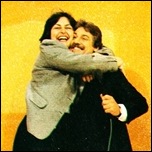 Working as a variety and club performer during the 1970s Turpie made a television hosting comeback in 1981 on The New Price Is Right (pictured), a reprisal of the game show franchise that had last appeared on Australian TV in the mid-1970s.  The show was a hit for the Seven Network and lasted for around four years.  He was to revisit the format in 1989 when the Ten Network launched The Price Is Right as a Saturday night program.

In the early 1980s he hosted a variety program, Turpie Tonight, for Perth channel TVW7.  The program won a TV Week Logie in 1983 for Most Popular Program in Western Australia.

He was diagnosed with cancer early last year.