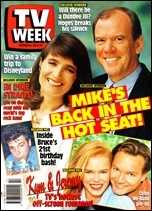 An old affair rekindled
In a surprising move, the Nine Network has announced that former A Current Affair and Willesee host Mike Willesee will be hosting A Current Affair for three weeks in January while regular host Jana Wendt (pictured with Willesee) takes a break over the summer non-ratings period.  The move is surprising given that Willesee’s last appearance as a fill in host on the program two years ago was marked by controversy when he was caught stumbling on his words and had to apologise for giggling and “attempts to be humourous”.  The incident saw Nine and the Australian Broadcasting Tribunal inundated with complaints about his behaviour – and rival current affairs host Derryn Hinch opened his show the following night by saying, “I’m Derryn Hinch… and I’m sober”.  But Willesee, who claimed at the time that his behaviour was a result of “something he ate or drank”, is no longer keen to discuss the incident (“You’ve got to understand how often I’ve been asked about that.  There’s got to be a limit to how often I answer it.”) and is enthusiastic about his upcoming return to the program. 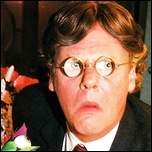 The eyes have it!
Actor and comedian Mark Mitchell could be forgiven for having a split personality after working on children’s series Lift Off.  In the multi-million dollar production Mitchell plays 19 characters, including an apartment caretaker, a farmer, a school principal and a geriatric legionnaire.  “I’m principally cast as Mr Fish (pictured), the caretaker, and represent the adult bureaucracy the kids have to deal with,” he told TV Week.  “He was made to look at flawed as possible, which is why he is fat, bad-tempered and wears glasses which make him look like a puff fish.  The show allows me to dress up and be silly, which is one of the reasons I’m doing it.”  Lift Off is expected to screen on ABC around mid-1992. 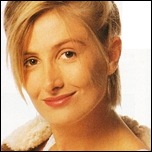 They’re sold on Alyce
When Alyce Platt (pictured) made a sudden exit from Sale Of The Century earlier this year, her television future appeared grim.  But apart from an appendix operation that saw her have to withdraw from a planned guest appearance in All Together Now, she has been almost in constant work since leaving Sale, with a guest appearance on Fast Forward and a role in the Seven Network’s new children’s series Animal Park.  She is also starring in stage production Torch Song Trilogy at Melbourne’s Universal Theatre.  “I enjoyed working on Sale for as long as I was there,” she told TV Week.  “But getting the part in Animal Park was the best thing that could have happened.”

Briefly…
Former Hey Dad! star Christopher Truswell, former Neighbours star Ian Williams and performer Maria Mercedes are set to star in a Nineties revival of the acclaimed rock musical Godspell which is scheduled to open at the Sydney Opera House early in 1992. 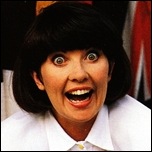 Some surprising announcements from the Ten Network with news that Australia’s Funniest Home Video Show host Jacki MacDonald (pictured) is to make a sudden shift from Nine to Ten to co-host a new lifestyle show to be produced by former Hey Hey It’s Saturday co-producer Gavan Disney.  “I’m very excited about moving on to a different style of program,” MacDonald told TV Week.  Disney is also tipped to be working on a revival of variety show Young Talent Time for the network.  Meanwhile, Bert Newton is making a regular TV comeback to host a new mid-morning talk show for Ten starting in the new year.  The program, tentatively titled This Morning, is tipped to also feature Kerri-Anne Kennerley from Good Morning Australia.

Chances star Jeremy Sims and new A Country Practice star Kym Wilson have become TV’s hottest young couple despite them each living in separate cities.  Sims is based in Melbourne and Wilson is in Sydney, leading to regular weekend commutes and many long-distance telephone calls. 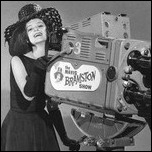 John Laws says…
”We’ve been fortunate in Australia to have a healthy history of satire on TV, going back as far as the ground-breaking The Mavis Bramston Show (pictured) in the Sixties.  Australians like to laugh at themselves – it’s probably one of our better human traits – and the success of programs such as Fast Forward and The Comedy Company are evidence of the presence of this self-depreciating sense of humour.  Fast Forward’s major attribute is its talented young cast. Magda Szubanski is surely one of the finest comedy talents to have emerged for a long, long time.  Her Pixie-Anne Wheatley character is a classic.”

Tuesday: Beyond 2000 (Seven) and Embassy (ABC) are presented in repeats for the summer season.

Wednesday: In E Street (Ten), Sheridan (Kate Raison) has a taste of the working-class life, and Lisa (Alyssa-Jane Cook) has some exciting news.

Thursday: Debbie Byrne guest stars in this week’s episode of The Flying Doctors (Nine), playing the part of a TV reporter who is stranded in Coopers Crossing due to a faulty plane.  To pass the time she prepares a “day in the life of the Royal Flying Doctor Service” report, but a plane crash forces her to understand the other side of a news story.

Friday: Nine crosses to Perth for the Benson And Hedges World Series Cricket day/night match between India and the West Indies.