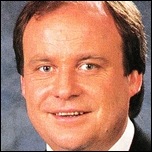 Respected sports commentator David Fordham has died in Brisbane after a battle with prostate cancer and heart disease.

Growing up in Newcastle, Fordham started his media career at regional network NBN.  He went on to present and commentate for the Seven and Ten networks in a career that included four Olympic Games, four Commonwealth Games and three Rugby World Cups.  He also covered State Of Origin, Rugby League Grand Finals and Davis Cup tennis.

For the Seven Network he presented the Sportsworld and Sportscene programs and had been a sports anchor for news bulletins at Seven and Ten in Sydney and Brisbane.

After leaving television in the early 2000s, Fordham went on to run a media consulting business with his wife Erica and became a sought after public speaker and master of ceremonies.  He also staged a number of charity golfing events, raising hundreds of thousands of dollars for aspiring Olympic athletes – with his contribution to the Olympic movement recognised with an Order of Merit from the Australian Olympic Committee.

David Fordham is survived by Erica, daughter Sally, son Simon and their families.

Permanent link to this article: https://televisionau.com/2011/12/obituary-david-fordham.html