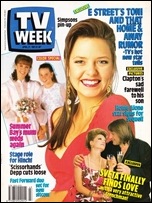 ‘I’ve had to become a little harder…’
At 18, E Street’s favourite girl next door Toni Pearen (pictured) has suddenly become a sophisticated woman – but her transformation isn’t just about make-up or a new outfit.  “I’ve had to grow up as a means of survival,” she told TV Week.  “I’ve had to become a little harder to ensure I don’t get hurt too easily.  This, after all, is a very cut-throat industry.  I’m concentrating on working hard and enjoying it while I’m still here.”  Pearen has also become aware of the growing presence of paparazzi, citing the experiences of former talent school colleague Rebekah Elmaloglou:  “Rebekah has done so incredibly well and success hasn’t changed her.  But she does have to cope with so much now – she can’t even walk down the street any more.  Can you imagine the pressures?”  Pearen also responds to rumours of a relationship with Home And Away star Mat Stevenson.  “That was amazing,” she says.  “Mat and I have been friends for a long time.  We met through Rebekah.  He didn’t have anyone to take to Hamlet, so he asked me to tag along and a rumour was born.” 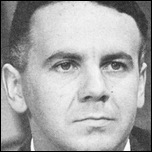 Comedy duo fast forward to radio!
The Seven Network has given the go-ahead for a sitcom pilot likely to feature Fast Forward stars Marg Downey and Michael Veitch (pictured).  The new project, Without Wires, is set in a radio station in the 1950s and is being developed by Fast Forward co-star Steve Blackburn with writer Peter Herbert and Artist Services’ Andrew Knight.  “We love it… it’s a very strong idea,” Knight told TV Week.  “There are three levels of comedy in it.  There are broad elements of farce, talent quests and the music of the time.”  Production is expected to begin in May or June.

‘Absent friends’ mar Pippa’s big day
This week’s Home And Away wedding between Pippa (Debra Lawrence) and Michael (Dennis Coard) mostly goes without a hitch – but the return of Ben (Julian McMahon) in army uniform hoping to convince pregnant wife Carly (Sharyn Hodgson) to join him as he returns to the army is set to interrupt the celebrations.  Two uniformed military police arrive at the reception to inform Ben that he is under arrest for going absent without leave.  Some pleading from Ben explaining his marital situation leads to the officers giving him a reprieve, and Carly agrees to leave with him.  The scene marks the series departure of cast members McMahon and Hodgson.

Briefly…
The recession hits Neighbours this week as the Willis family are forced to give up their home.  Doug (Terence Donovan) and Pam (Sue Jones) are shocked to learn they may have to move out of Ramsay Street when the bank forecloses on their mortgage.  “It’s very appropriate at the moment with the way things are in Victoria,” Jones tells TV Week.  “What happens to the Willis family is a situation faced by many normal people.  People aren’t paying them and they can’t pay their debts.  It’s a vicious circle.” 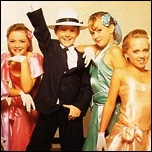 Star Search producer Jacqui Culliton and host Jeff Phillips are awed by the amount of phone-in votes that pour in after the Network Ten talent quest goes to air on Saturday nights – currently around 20,000 calls a week are received.  The series is about to hold its first Grand Final for the year, following two semi-finals.  One of the show’s acts through to semi-final stage is junior dance troupe, the Brent Street Kids (pictured).

Actor Cameron Daddo is in training for his role in the mini-series Tracks Of Glory, which tells the story of Australian champion cyclist Don Walker.  Daddo’s training routine, under the supervision of Olympic champion Mike Turtur, starts each morning at 5.30am with a mini-triathlon… bike for an hour, run for half an hour and then swim.  “If I want to look like a cyclist, I’ve got to cycle,” the determined Daddo told TV Week.

John Laws says…
”Like all comedy programs that are successful, Fast Forward’s biggest problem is going to be how to come up with fresh routines.  The first of the new series kept up Fast Forward’s reputation as slick and satirical, with little you could really criticise.  Whether it can maintain its previous high standards is anyone’s guess.  I hope it can, because it’s a marvellous vehicle for some very good local comedy talents.” 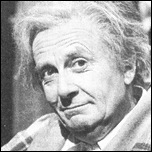 Monday:  ABC presents the debut of The Life And Death Of Sandy Stone, featuring the suburbanite character (pictured) portrayed by Barry Humphries, talking about life in Glen Iris in a series of touching and witty monologues.

Thursday:  In The Flying Doctors (Nine), Geoff (Robert Grubb) collapses with a mystery illness that baffles the doctors who race against time to save him.  In Acropolis Now (Seven), is Uri (Rhys Muldoon) from Russia really a student, or is he a KGB spy as Jim (Nick Giannopoulos) suspects.