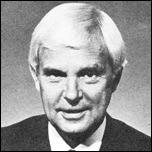 Former Melbourne radio and television newsreader Geoff Raymond has died in England after a sudden illness.

Raymond was a copy boy at The Herald newspaper before becoming a news presenter at Melbourne radio station 3DB in the 1940s.  After a stint working for the BBC, he came back to Melbourne to read news at 3DB’s sister television station HSV7 after Eric Pearce left the channel to go to GTV9.  As well as reading the news, Raymond hosted a discussion show, Answer Please.

He read the news for ATV0 from 1970, and hosted a weekly current affairs program The Raymond Report in 1971, before becoming ABC’s chief newsreader in Melbourne in 1973, reading the 7.00pm bulletin, often with his trademark rose lapel, until his resignation in February 1984.  He and his family then moved to Fiji where he went on to run a holiday resort.

“Geoff had a great sense of humour.  During the disappearance of Harold Holt… Geoff was on air and he said accidentally that everything had ‘come to dead halt’. [That is] one of the things he was remembered for.

“He was bit of a scallywag at times, but he had a great delivery, great contact with the audience – particularly in later years.”

“He was easy to get along with. He was a great mentor.  We all tried to follow in his footsteps and I don’t know if we ever quite got there, but he was a very good example for us young newsreaders.”

The passing of Raymond comes after the death of another former ABC newsreader, James Dibble, late last year.

Geoff Raymond is survived by his wife, two children and four grandchildren. 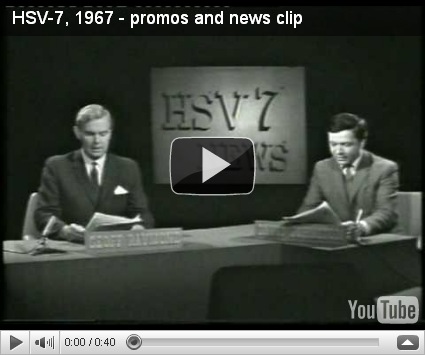 Permanent link to this article: https://televisionau.com/2011/01/obituary-geoff-raymond.html