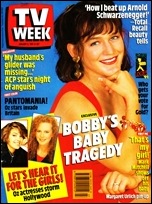 Baby tragedy for Bobby
When Home And Away finished up at the end of 1990, pregnant Bobby Simpson (Nicolle Dickson, pictured) had collapsed in the diner.  This week, with the series returning for 1991, she is told that she has miscarried at 22 weeks.  “It’s very harrowing,” Dickson tells TV Week.  “Fisher (Norman Coburn) comes in to tell her she’s lost the baby, but she already knows and is trying to keep calm.”  In entering another year with the series, Dickson told TV Week she was unsure about signing up for another year.  “I was a bit nervous about it,” she says.  “But the industry is in such bad shape and it’s so much better than not working.” 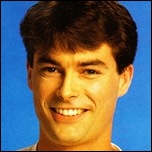 Bruce cops it sweet!
Home And Away newcomer Bruce Roberts (pictured) laughs off suggestions he could become television’s next hunk.  As Summer Bay’s new policeman, Nick Parish, Roberts is sure to break hearts on screen and off – but it is a notion the NIDA graduate laughs off.  “I can laugh about it because I know I’m not building my career around that sort of image,” he told TV Week.  Roberts makes his on screen debut in Home And Away in March. 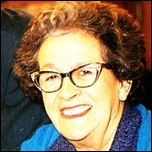 Joyce’s night of anguish
A Country Practice star Joyce Jacobs (pictured) has spoken of the anguish from a recent call at midnight by police to inform her that her husband, Ian, had gone missing earlier that evening while participating in the NSW Gliding Championships.  “I didn’t know what to think,” Jacobs told TV Week.  “Ian could have hit a fence or telegraph wire and flipped over while landing.  I thought ‘maybe he’s had a minor heart attack’.  I was worried sick.”  It turned out that Ian had been forced to make an emergency landing about 25 kilometres from the town of Warren in the late afternoon.  He had sent a radio message to say that he was making an emergency landing, but a second radioed message that he had landed safely had not been received, so race organisers had feared the worst and had begun a search.  Despite being stranded in isolation he eventually found a homestead and managed to make a call to Warren police and was taken to hospital.  A relieved Jacobs is hopeful that her husband might now choose more sedate hobbies.  “He’s 68.  I think he should be getting to the stage where he is just happy to just potter around the house!” she said. 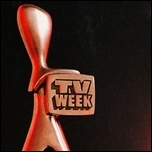 Briefly…
Voting has opened for the 33rd annual TV Week Logie Awards, to take place in March.  Will Home And Away star Craig McLachlan manage to make it two Gold Logies in a row, or could he be upstaged by the man who is credited with giving the Logies their name – Graham Kennedy?  Other possible contenders for TV’s biggest prize could be Steve Vizard, who has had a successful year as host of Tonight Live, or Nine Network stalwarts Jana Wendt, Daryl Somers or Ray Martin.

The popularity of Neighbours and Home And Away in the United Kingdom have seen a swag of stars making the trip to the UK for the Christmas pantomime circuit.  Among those appearing in productions this year include current and former Neighbours stars Anne Charleston, Jessica Muschamp, Kristian Schmid, Rachel Friend, Linda Hartley and Mark Stevens. 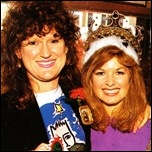 Beyond 2000 reporter Carmel Travers has been recently crowned Redhead of the Year.  The globe-trotting reporter has said that it is about time that somebody appreciated her genetic richness.  “My hair was a constant source of embarrassment as a child,” she says.  “I know what it’s like to go out in the sun and hope those freckles join up.  And I certainly know what it’s like to have lily-white boobs and be told to get off the beach!”  Last year’s winner of the title was Hey Dad! star Julie McGregor (pictured, with Travers) and other contenders this year included The Big Gig’s Angela Moore (who plays Shirley Purvis), ABC newsreader Mary Delahunty and Fast Forward’s Pixie-Anne Wheatley (Magda Szubanski). 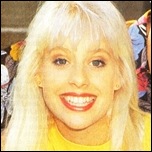 Gold Coast teenager Nerida Leishman (pictured) has beaten hundreds of young hopefuls to join Tony Johnston as co-host of Nine Network children’s programs Cartoon Company and C Company.  She replaces former co-host Kristine Davis who is going overseas to pursue an acting career.  “I can’t believe this is happening,” the 18-year-old told TV Week.  “Not too many people get the chance to work on national television, especially at my age.”  Leishman is not a complete unknown to television, having appeared on Nine’s New Faces talent quest and performed on the local In Brisbane Today morning show.

Lawrie Masterson’s Sound Off
”With business in general – and the business of television – in such an uncertain state at the moment, it’s almost comforting to know that there is something constant.  As you’re no doubt aware by now, the TV Week Logie Awards will go ahead in 1991.  This year will be the 33rd time TV Week has presented the annual awards to the television industry, a record of which we can be proud considering the industry itself is a mere youngster at 36.”

Sunday:  Ten’s Sunday night movie is KGB: The Secret Of War, while Nine presents the first part of mini-series Traffik and Seven has the evening session of the Australian Men’s Hardcourt Championships.  ABC’s Sunday Stereo Special is Sydney Dance Company In Cafe – a study of Sydney’s cafe society written and choreographed by Paul Mercurio and Kim Walker.

Monday:  Seven’s season of tennis continues with the NSW Open, live from White City, Sydney, continuing all week.  Home And Away returns for its fourth year – Bobby (Nicolle Dickson) comes to terms with her heart-breaking news, while Pippa (Debra Lawrance) comes to terms with her feelings for Michael (Dennis Coard).  ABC presents a repeat of the Hindsight special Power To The People, focusing on the 1970 Vietnam moratorium and the swing of middle Australia against the war.

Thursday:  Nine crosses to the MCG for the afternoon session of the Benson And Hedges World Series Cricket, Australian versus England.