Ten is certainly presenting a confident approach in 11 and promoting it with the intention of getting the audience enthused about the new channel – something that Nine failed to do with GEM. 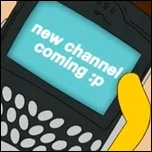 Spearheading 11’s prime-time line-up will be The Simpsons and Neighbours, joining other series including Nurse Jackie, Dexter, Supernatural, Dollhouse, Smallville, Melrose Place, 90210, Futurama, Sex And The City, The Office and The Cleveland Show.  The network has also put out the call to aspiring Australian producers to pitch innovative program ideas for the new channel.

11 is expected to be launched early in 2011 via Network Ten stations in Sydney, Melbourne, Brisbane, Adelaide and Perth.  It is not known yet if or when the new channel will be broadcast by regional affiliates Southern Cross Ten, Darwin Digital Television, Ten Mildura and Tasmanian Digital Television.

Permanent link to this article: https://televisionau.com/2010/09/eleven-says-hello.html