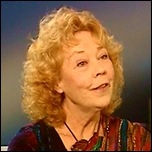 The WA TV History blog reports that Veronica Overton-Low, a former TV presenter in Perth and Adelaide, has died suddenly from a heart attack.

Overton, 66, was an actress and had performed at Perth channel TVW7 before securing a job at rival channel STW9 not long after it launched in the mid 1960s.  She was initially hired for administrative tasks as well as appearing on The Channel Niners Club and Christmas pantomimes, presenting the weather report, reading voice-over announcements and appearing on the weekly religious interview program Seek The Truth – all for a very modest wage.

She also made regular appearances at promotional events for STW and later appeared on daytime programs as well as The Jeff Newman Show and became a producer for The Breakfast Show.

After leaving STW9 in 1970, Overton went to Adelaide’s SAS10 to host the morning show Earlybirds with Fat Cat.

She also maintained a love of the theatre and directed and appeared in a number of local productions for the Roleystone Theatre Company, recently appearing in its production of My Fair Lady.