The 62nd annual TV Week Logie Awards were meant to happen today, Sunday 28 June. While the awards will not be taking place this year, we continue the annual rundown of past Logies presentations to coincide with what would have been Logies weekend. We wrap up the weekend with the Logies of 2010 — 10 years ago…

Home And Away actor Ray Meagher was awarded the TV Week Gold Logie for Most Popular Personality on Australian Television at the 52nd annual TV Week Logie Awards.

The awards, held at Melbourne’s Crown Casino on Sunday 2 May 2010, were hosted by Bert Newton, presenting the Logies for the 20th time, and broadcast on the Nine Network. Despite Meagher’s 40-year career, including 22 years on Home And Away, it was his first Logie award. He beat fellow nominees Esther Anderson (Home And Away), Wil Anderson (The Gruen Transfer), Rebecca Gibney (Packed To The Rafters), Adam Hills (Spicks And Specks), Paul McDermott (Good News Week), Rove McManus (Rove and Are You Smarter Than A Fifth Grader?) and Shaun Micallef (Talkin’ ’bout Your Generation).

The Ten Network was rewarded with two Logies for the first series of Masterchef Australia, including Matt Preston winning the Graham Kennedy Award for Outstanding New Talent. Celebrity game show Talkin’ ‘bout Your Generation won three Logies, including Shaun Micallef for Most Popular Presenter. The 7PM Project (as it was called then) scored a win with Carrie Bickmore winning Most Popular New Female Talent, and Bondi Rescue won Most Popular Factual Program.

The Nine Network came away with only one award from the night — for The Footy Show (NRL) as Most Popular Sports Program.

The tribute to those in the industry that have passed away in the previous 12 months featured a performance by PJ Lane, the son of Don Lane, and stars from the earlier days of In Melbourne Tonight and The Don Lane Show, including Philip Brady, Toni Lamond, Patti Newton, John Michael Howson, Rhonda Burchmore, Maria Venuti, Debra Byrne and Geoff Harvey.

Newton, hosting the awards solo for the first time since 1993, did an admirable job for what had well become one of the toughest gigs in television – keeping up the tradition of topical humour as well as a candid interview with guest k.d. Lang. Restoring Newton to the hosting role could be regarded as a safe option after previous years’ instability in the Logies hosting, but he did well to restore some of the Logies’ sense of occasion.

GOLD LOGIE: MOST POPULAR PERSONALITY
Ray Meagher, Home And Away 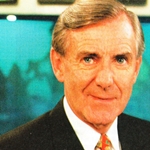 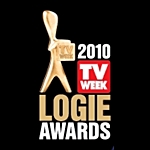 Permanent link to this article: https://televisionau.com/2020/06/tv-week-logie-awards-10-years-ago-9.html