The awards were held on 4 May 2008 at Melbourne’s Crown Palladium and telecast on the Nine Network.

The 50th annual awards marked some significant changes from tradition. For the first time voting did not necessitate the purchase of TV Week magazine. Magazine readers could still, however, opt to vote the old-fashioned way by filling in a two-page voting form and posting it in to TV Week.

As well as winning Gold, Ritchie also won the Silver Logie for Most Popular Actress.  The double win marked a fairytale end to her 20 years as Sally Fletcher in the long-running soap. “I almost feel guilty about how perfect it is,” she told TV Week at the time. “If it was in a script, everyone would go: ‘Oh, that’s so lovely and that’s exactly how it was meant to be’.” Since leaving Home And Away, Ritchie had started a new career in radio, at Sydney’s Nova. 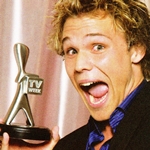 Chris Lilley missed out on the Gold Logie but he did win the Silver Logie for Most Popular Actor for his starring role(s) in the ABC series Summer Heights High. Lilley not only created and wrote the comedy series, but he also starred as the show’s three principal characters — over-confident exchange student Ja’ime King, the high school’s over-ambitious drama teacher Mr G and rebellious student Jonah Takalua. Summer Heights High, a follow up project from We Can Be Heroes, was also awarded Most Outstanding Comedy Program.

Rove McManus won the TV Week Silver Logie for Most Popular Presenter. The win came after a year where he took an extended break from TV following the death of his wife Belinda Emmett late in 2006. His return to TV in 2007 was marked with Rove moving to Sunday nights and later in the year he began as host of Are You Smarter Than A 5th Grader.

The Seven Network’s Dancing With The Stars won the Logie for Most Popular Reality Program, an award won in previous years by Australian Idol. Despite the win, Daryl Somers said that he did not regret leaving the show as he did at the end of the previous series. “I’m still happy with my decision,” he told TV Week. “Gut-feel got me into the show and gut-feel got me out, but it’s a nice way to end it all.”

The year marked the launch of a new category — Most Popular Factual Program. Network Ten’s Bondi Rescue won the award ahead of Border Security, Choir Of Hard Knocks, RPA and RSPCA Animal Rescue. However, Choir Of Hard Knocks did collect the Logie for Most Outstanding Factual Series.

Kath And Kim, which made the switch to the Seven Network from ABC in 2007, won the Logie for Most Popular Light Entertainment Program. 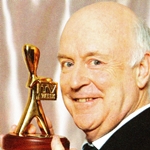 The Gold Logie for the TV Week Logie Awards Hall of Fame was awarded to comedian, writer and actor John Clarke.  New Zealand-born Clarke came to fame in Australia in the 1970s but his most famous role was in his mock television interviews performed with Bryan Dawe, initially on A Current Affair but later moved to The 7.30 Report before becoming a separate program, Clarke And Dawe, for ABC. “I feel very honoured,” Clarke told TV Week at the time. “It’s always a bit of an honour when someone thinks you’ve done something worthwhile.”

The ABC documentary Constructing Australia: The Bridge won the Logie for Most Outstanding Documentary. The one-hour documentary traced the history of Sydney’s iconic Harbour Bridge to coincide with the landmark’s 75th anniversary.

Winner of the Graham Kennedy Award for Most Outstanding New Talent was actress Tammy Clarkson from SBS series The Circuit. Irish boy band Westlife were the special overseas guests, to perform their new single Something Right. Also performing on the night were the top 10 contestants from So You Think You Can Dance. 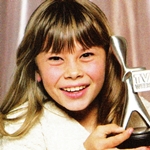 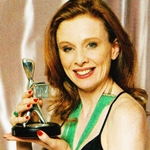 Permanent link to this article: https://televisionau.com/2018/07/tv-week-logie-awards-10-years-ago-7.html