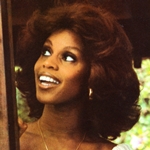 Chelsea Brown, the American actress and performer who made Australia her home, has died at the age of 69.

Born in Chicago, Brown rose to fame as a performer in the hit 1960s comedy series Rowan And Martin’s Laugh-In.

She also featured in The Flying Nun, Love American Style, Ironside, Marcus Welby MD and The Name Of The Game.

In the mid-1970s Brown came to Australia. While working on a cabaret act she appeared in the short-lived series King’s Men and the ABC telemovie Arena.

She was a regular panellist on game shows Celebrity Squares (pictured below) and Blankety Blanks and played the part of nightclub performer Hope Jackson in Number 96.

There were plans to spin-off Brown’s character into a separate series, Hope’ll Help, but it didn’t get past the pilot stage.

She later starred as Abby Rossiter in E Street and went on to marry co-star Vic Rooney.

After Rooney’s death Brown returned to the US. She died earlier this week in Chicago. Permanent link to this article: https://televisionau.com/2017/04/obituary-chelsea-brown.html