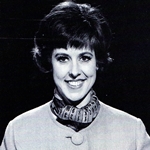 Anne Deveson, journalist, broadcaster and writer, has died at the age of 86 from Alzheimer’s disease.

Deveson, born in Malaya, started her career at the Kensington News in London. This was followed by hosting a BBC radio program and scripting a TV documentary on Albania.

After migrating to Australia with husband, ABC broadcaster Ellis Blain, she scored some minor work at ABC, doing things like writing recipes for Woman’s World. A chance meeting with producer Peter Westerway saw Deveson end up working on ATN7‘s Seven Days current affairs program and University Of The Air.

Her profile was boosted with a daily radio program and twice-weekly newspaper column.

She also had a stint as a ‘beauty’ on the panel show Beauty And The Beast (pictured) and presented a series of television commercials for Omo laundry detergent.

In later years Deveson was appointed to the Royal Commission into Human Relationships and a director of the Australian Film, Television and Radio School.

She later became an accomplished author. Her book Tell Me I’m Here, based on her son’s struggle with schizophrenia, won the 1992 Human Rights Award for non-fiction.

Deveson was diagnosed with Alzheimer’s disease in 2014. Her death on Monday came just three days after the passing of her daughter, writer Georgia Blain, from brain cancer at the age of 52.

Permanent link to this article: https://televisionau.com/2016/12/obituary-anne-deveson.html