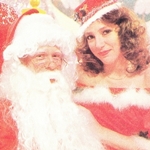 Television.AU wishes everyone a very Merry Christmas! This year’s Christmas flashback comes from 30 years ago — 1986. Neighbours was at the end of its second series (and its first at Network Ten) and instead of doing the usual soapie trick of going out with a string of cliffhangers, the show instead ended the year …

END_OF_DOCUMENT_TOKEN_TO_BE_REPLACED

Permanent link to this article: https://televisionau.com/2016/12/neighbours-christmas-fairytale.html