Aussie screen successes are a window to the world Getaway reporter Lochie Daddo has got so used to reporting on his travels that a recent holiday to the NSW ski fields left him a bit disoriented. “It was weird. I kept looking for a camera to have to do something to,” he told TV Week. “It was like, ‘Where’s my 7am wake-up call to tell me to be downstairs in the foyer, ready to head off?’.” While the younger Daddo (older brother Cameron is in the US starring in the new series F/X) has had some acting experience, including Neighbours and GP and on stage, and hosted programs such as Countdown Revolution and Saturday At Rick’s, at this point he is more than happy to continue as a globetrotting reporter for Getaway. “At 26, to be able to travel the world and see all these amazing things… well, you couldn’t ask for a better job.” Meanwhile, Nine‘s newest star, former model Kate Fischer, is working hard with an increasingly busy schedule. As well as hosting cartoon show What’s Up Doc, she is also currently taping a new series of Time Out For Serious Fun for Nine and makes guest appearances on ABC‘s Good News Week. 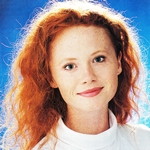 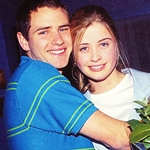 It’s goodbye from Eliza
After two years playing the part of Danni Stark in Neighbours, Eliza Szonert (pictured with co-star Bernard Curry) has bid farewell to the show. “It was all a bit much. I had a lump in my throat and I thought I was going to cry,” she told TV Week after her last day. “But for once, I didn’t. I’m sad I’m going, but it’s time to move on. It’s the end of a chapter and I’m looking forward to the start of a new one.” Szonert’s exit, to go to air in November, sees her character Danni go to Malaysia to work for a fashion company. 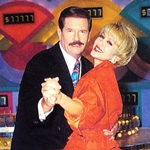 It’s only a game!
As part of the celebration of 40 years of television, TV Week looks at one of Australia’s favourite TV genres — game shows. Since Name That Tune started on TCN9 in September 1956, Australians have loved watching others getting quizzed — whether it be naming a tune, guessing a word or phrase, answering questions of general knowledge, finding a romantic partner or filling the blank! Shows like Pick A Box, Great Temptation (later Sale Of The Century), Wheel Of Fortune (former host John Burgess with co-host Adriana Xenides, pictured), The Price Is Right, Perfect Match and Blankety Blanks have been firm favourites with viewers. Some of the other titles that viewers may recall include Almost Anything Goes, Celebrity Tattletales, Personality Squares, Coles £3000 (later $6000) Question, Superquiz, Family Feud, The Main Event and Strike It Lucky.

Program Highlights (Melbourne, September 21-27):
Saturday: A one-hour special, Marn Grook (2pm, Seven) presents an Aboriginal perspective on Australian Rules football. The final of the Army versus Navy Challenge in Gladiators (3pm, Seven) is relegated to an afternoon timeslot to make way for Saturday Night Football, with highlights of the First Preliminary Final from Melbourne (6pm, Seven), followed by live coverage of the Second Preliminary Final from Sydney (7.30pm, Seven). 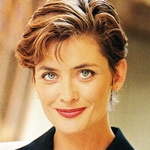 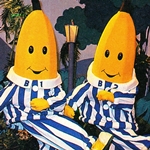 Wednesday: Children’s series Bananas In Pyjamas (3.55pm, ABC) returns with more fun from B1 and B2 (pictured) and friends, with some help from narrator Karina Kelly. In Home And Away (7pm, Seven), Shannon (Isla Fisher) and Geoff (Martin Henderson) decide to try and live out their whole relationship in the one day. Noni Hazlehurst narrates the documentary The Edge Of Instinct (8.30pm, ABC), following the emotional journey of couples going through IVF.

Thursday: Science program Quantum (8pm, ABC) explores the arguments for and against mass vaccination campaigns for children, and asks why Australia is not adopting the safer polio and whooping cough vaccines about to be used in the US. The Footy Show (9pm, Nine) presents its lavish Grand Final edition.

Friday: The series final of children’s game show A*Mazing (4pm, Seven). In Police Rescue (8.30pm, ABC), Mickey (Gary Sweet) is forced to realise he is not invincible after the dangerous rescue of Nobby (John Flaus), a rock fisherman. With the AFL Grand Final tomorrow, That Was The Season That Was (8.30pm, Seven) with Bruce McAvaney takes a look back at the AFL Centenary season of 1996. The annual Grand Final Eve Football Marathon (11.40pm, Seven) continues overnight, featuring highlights of some of the most memorable matches of all time.