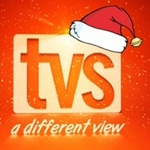 Governments on both sides of politics have failed to adequately support the concept of community television, but the ultimate crippling blow came last year — when the then Communications Minister Malcolm Turnbull told the sector it would need to vacate the airwaves by the end of 2015 and adapt an online business model if they wished to continue operating. While other stations in the sector have accepted a last-minute reprieve of 12 months, TVS opted not to take up the Government’s offer based on the conditions that formed the invitation to stay on the air.

TVS first began program transmission in November 2005, ahead of its official launch in February 2006. After the sector’s prolonged battle to get access to digital spectrum, the station begun digital transmission in March 2010 and shutdown its analogue signal in 2012.

At this stage it is not clear if or when TVS will re-emerge via an online platform. It’s website is already offline.

Permanent link to this article: https://televisionau.com/2015/12/tvs-has-left-the-airwaves.html