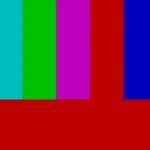 It seems Mr Turnbull has had a change of heart since that meeting, announcing that the Government now intends to withdraw community TV from the airwaves at the end of 2015.

The decision affects community channels in Sydney, Melbourne and Geelong, Brisbane, Adelaide and Perth who will now be forced into an online-only presence or into oblivion.

The Government has already committed to selling off the high end of the UHF band (channels 52 to 69) following the completed phase out of analogue television and the pending re-tune of digital television services across Australia.

For the community TV sector this is a crippling blow. Community TV channels may not command high audiences but provide free-to-air access to minority groups not served by mainstream television. This includes migrant communities, sporting and leisure groups, youth, people with a disability, religious groups, LGBTI communities and local government.

The sector also provides experience and exposure to performers, artists, production crews and journalists — with many going on to employment in mainstream media — as well as an opportunity for small business, who can no longer afford to use mainstream media, to promote their services.

And with an online-only presence these broadcasters, which will no longer be “broadcasting”, will lose a considerable amount of audience reach, thereby affecting their capacity to gain sponsors to make them viable. The channels involved also do not receive any government funding, while commercial networks that are handing over capacity to multiple 24-hour shopping channels have in the past been handed generous licensing rebates.

Moving to online-only operation will also affect those without adequate access to high speed internet services such as the National Broadband Network (NBN) and viewing such high-bandwidth content will also eat into download limits as ‘metered’ content.

At the time of writing more than 6700 people have signed up to the ‘Commit To Community TV’ campaign that was initiated by the community TV sector to petition the Government to extend its commitment to community television broadcasting.

Permanent link to this article: https://televisionau.com/2014/09/community-tv-ordered-off-the-air.html