Dieter’s giant leap… out of Summer Bay
After 864 episodes over four years, Dieter Brummer (pictured) has taped his last scenes for Home And Away — but it was not an emotional exit, with just a simple “thanks very much, everybody,” as his fellow cast mates wished him well. “I don’t get super-emotional about too many things,” he told TV Week. “It was a hard decision to go. You’ve got to weigh up so many things. Obviously, financially it’s been quite a secure job and it’s been great coming to work every day and being with your family. But, basically, all the people I grew up with on the show have left.” Despite the low-key exit on his last day of filming, Brummer did manage to surprise revellers at the show’s Christmas party later that day, when he arrived with a new “Romper Stomper-style” haircut. 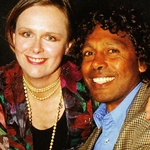 Penny and Ernie’s odd couple sitcom
Penny Cook and Ernie Dingo (pictured) are not just colleagues on the travel show The Great Outdoors but both are to lead the cast of a new sitcom in planning for the Seven Network. Ally & Doo tells the story of a bohemian house-sharing with an indigenous Australian basketball coach. A source told TV Week: “It is character-driven, and the humour comes from tensions and battles between the sexes and races — the attitudes of white Australia towards the blacks. They’re like the Odd Couple with romantic overtones. It’s probably time TV presented a positive black Australian role model.” The project has already filmed three pilots, with a fourth to go ahead in February. If Seven gives the green-light, Ally & Doo will become a 13-episode series. The network says that whatever happens with Ally & Doo, Cook and Dingo will continue in their reporting roles for The Great Outdoors.

Jo Beth to step in
With Jane Hall now presenting Breakfast Time for Foxtel‘s fX channel, Australia’s Funniest Home Video Show host Jo Beth Taylor is to take over as host of Nine‘s Weddings series. The change has also partly come about as Nine has decided to halve the number of episodes of Australia’s Funniest Home Video Show for 1996. Taylor will also starring on stage in the return season of The New Rocky Horror Show, due to open in Brisbane in February before touring nationally. 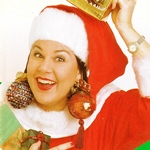 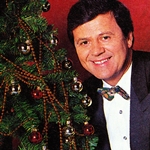 Monday (Christmas Day): The usual Christmas Day fare — specials and movies — dominate the day’s TV. Even the early morning Agro’s Cartoon Connection (6.30am, Seven) includes Christmas specials The Greatest Adventure: Stories From The Bible, Silent Night Holy Night and Mole’s Christmas. Among the special programs during the day are the John Martin/Bank SA Christmas Pageant (9.30am, Seven) from Adelaide, and An Australian Christmas At Darling Harbour (12pm, Seven). Carols By Candlelight (11.30am, Nine) is given a repeat. The Compass special From Snow To Sunburn (9.15pm, ABC) takes a look at Australia’s summer celebration of Christmas which includes singing Christmas carols that feature words about snow and mistletoe. The Queen’s Christmas Message is broadcast on SBS (7pm), ABC (7.20pm) and Nine (11.30pm). 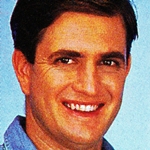 Tuesday: Live coverage of the start of the Sydney To Hobart Yacht Race (12pm, Ten) is hosted by Bill Woods (pictured) with commentators Rob Mundle and Peter Gilmoure. The Second Test: Australia versus Sri Lanka (3.40pm, Nine) begins from the Melbourne Cricket Ground, with only two hours of coverage permitted into Melbourne, and afternoon coverage continuing through to Saturday.

Thursday: In another episode of Law Of The Land (7.30pm, Nine), Alex (Rebecca Frith) stumbles into a mysterious sect called The Chosen Ones.

Friday: In Talk To The Animals (7.30pm, Seven), Steve Oemcke visits a new attraction at Dreamworld on the Gold Coast; Jane Holmes goes to the Camperdown Children’s Hospital where animals from a farm are there to help cheer up the sick children; and Richard Fitzgerald enjoys a dip in a unique pool at Surfers Paradise, which is home to 400 tropical fish.