Community TV gets a ticket to digital! 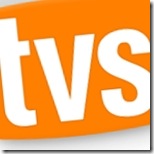 It has finally happened – the Government has taken some positive action in allowing the Community TV sector a transition to digital!

Minister for Broadband, Communications and the Digital Economy, Senator Stephen Conroy has announced that the Government will make available temporary capacity to allow Community TV channels the chance to broadcast on the digital platform.

The Government will also commit $2.6 million to aid the Community TV broadcasters in the transition.

The Senator also took the opportunity to take a political stab at the former Howard Government:

“Unlike the previous government, the Rudd Government greatly values the role of community television. It provides hundreds of hours of truly local content every month, and reaches more than a million viewers each week.”

Despite this it has still taken the Rudd Government two years, a number of promises and a lack of budget and public support for Community TV, coupled with a fairly consistent campaign by the Australian Community Television Alliance (representing TVS Sydney, C31 Melbourne, QCTV Brisbane, C31 Adelaide and a planned channel for Perth), to come to what is really only promised as a temporary solution. 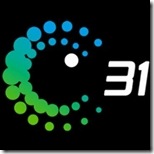 The relevant channels will be assigned broadcast spectrum previously set aside for data-casting services which have, until now, yet to be utilised.

The Sydney, Melbourne, Brisbane and Adelaide channels will now be able to simulcast in both analogue and digital in the lead-up to the switch-off of analogue services, scheduled for completion by 31 December 2013.

The new channel in Perth, which will replace the now-defunct Access 31, will operate from 2010 on a digital-only basis.  In the latest government Digital Tracker survey, Perth is the capital city with the second highest rate of conversion to digital TV, with 60 per cent of households now converted to digital.  (Darwin is the highest with 68 per cent)

Permanent link to this article: https://televisionau.com/2009/11/community-tv-gets-a-ticket-to-digital.html