Michael out with a splash!
Home And Away‘s Michael Ross (Dennis Coard) is set to meet a watery end in 1996. Also in the new year are plans for Ailsa (Judy Nunn) to become a mum again. And Haydn Ross (Andrew Hill) will be returning to Summer Bay and having a steamy affair with Marilyn (Emily Symons).

Out of the Woods
Blue Heelers star John Wood admits he’s a workaholic. With production of the series finished for its second year, Woods is working on a new script for the show, rehearsing for a musical-comedy and taking his first overseas trip to promote Blue Heelers in the UK . Wood will be playing the Narrator in the Stephen Sondheim production Into The Woods, due to open at Melbourne’s Royal Botanical Gardens in January. “The role of Narrator is much bigger than I imagined,” he said. “There’s more singing than I envisaged, and the Narrator actually gets involved in the action.” Into The Woods also stars Gina Riley (Fast Forward, Big Girl’s Blouse), Richard Piper (Wedlocked) and Matthew Newton.

Lisa McCune heads for Gilligan’s Island
Blue Heelers star Lisa McCune is giving her no-nonsense policewoman image a shake up as she takes on the part of Mary-Anne in Footy Castaways, a stage parody of the classic series Gilligan’s Island. Also starring in the show is Full Frontal‘s Julia Morris as Ginger, AFL star Ang Christou as Gilligan, former Collingwood player Peter Daicos as the Professor, Geelong’s John Barnes as the Skipper, Seven Network sports presenter Tim Watson as Thurston Howell III, Essendon’s Mark Harvey as Mrs Howell and Eric Bana as the narrator. “I am Ginger… totally self-centred,” Morris told TV Week. “Ginger was a sex machine. She was always trying to get a bit of loving from Gilligan.” Footy Castaways is playing at Melbourne’s Last Laugh theatre restaurant.

“Commercials used to be those annoying sales pitches that kept interrupting the program, or coming on just at the wrong moment during a cricket Test. Now, commercials ARE the program — well, one high-rating program, anyway — in the form of The World’s Greatest Commercials (Sunday nights on the Seven Network). It’s bizarre that a show made up of what most of us normally hate about TV is watched by more than a million people in Australia a week. Personally, I find it difficult to sit through a show that features commercials. One special every year or so of The World’s Greatest Commercials might be okay. But every week?” 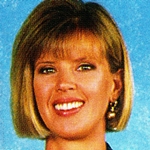 Wednesday: Lifestyle programs Our House (7.30pm, Nine) and Money (8pm, Nine) finish up for the year. Actress Sandy Gore narrates the wildlife documentary From The Snow To The Sea (8pm, ABC), part of the Wild Australia series. In the series final of Bordertown (8.30pm, ABC), Baringa is set to close; and on the eve of his wedding to Louise (Christine Tremarco), Nino (Mitchell Butel) disappears. 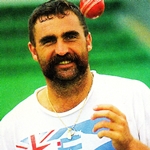