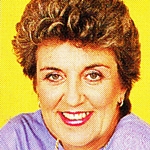 Maggie Kirkpatrick, best known for playing the role of prison officer Joan “The Freak” Ferguson in the long-running series Prisoner, has been charged with child sex offences.

News reports indicate that the alleged offences dated back to the 1980s and involved a 13-year-old girl.

Kirkpatrick, now based in Sydney, has denied the allegations and will face the Melbourne Magistrates Court on 19 August.

“I need to go to court to have this ridiculous situation quashed,” she told News Corp Australia. “Allegations have been levelled at me, yes. Are they true? Absolutely not. The evidence is in the court. I don’t think it’s appropriate that I say any more.”

Kirkpatrick, now 74, started her acting career in the theatre in the 1960s, later adding film and television roles to her credit. She rose to international fame upon playing the role of corrupt prison officer Joan “The Freak” Ferguson in Prisoner from 1982 through to the series conclusion in 1986.

After Prisoner she played the part of Ivy Hackett in the Network Ten soapie Richmond Hill.

Other TV roles have included guest appearances in Hey Dad!, Home And Away, GP, Blue Heelers and All Saints.

Kirkpatrick in later years reprised the role of Joan Ferguson in the SBS comedy series Pizza and in the stage production Prisoner Cell Block H: The Musical in the UK.

Permanent link to this article: https://televisionau.com/2015/07/former-prisoner-star-to-fight-sex-charges.html