Network Ten buys Melrose spin-off
Network Ten has snapped up the rights to the new US series Central Park West, described as the final chapter in the Beverly Hills 90210-Melrose Place trilogy (ignoring the short-lived Models Inc which concluded its run in Australia recently). Described as “a sort of younger Bonfire Of The Vanities”, Central Park West was commissioned by US network CBS before a pilot was produced, with the first series of 13 episodes to debut on the network later this year. Network Ten is expected to screen Central Park West sometime during 1996. 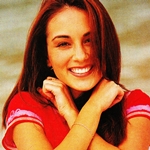 Laura tunes up!
Former Home And Away star Laura Vasquez (pictured) is heading to the UK in the hope of launching her own recording career. The young star has recorded three demo songs to take to record companies. “Because of the experience I’ve had as a child performer, growing up singing and dancing since I was eight years of age, and also having a profile in London due to Home And Away, I thought this was a great opportunity because it’s what I’ve always wanted to do,” she told TV Week. “I’m also not going to let people say to me, ‘Oh, but you’re just going to be another Kylie or Dannii (Minogue) or Toni (Pearen)’. I don’t care. This is what I love to do and I’m not going to stop it because other people don’t think that I can do it.” 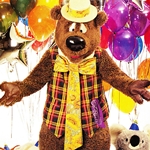 Bearly 30!
Humphrey B Bear is celebrating his 30th anniversary on television. The funny old fellow made his TV debut in Adelaide on 24 May 1965 and has become the Nine Network‘s most enduring celebrity. He is also credited with making more public appearances for charity than any other Australian celebrity and has two TV Week Logie Awards to his credit.

Program Highlights (Melbourne, 20-26 May):
Saturday: Beyond 2000 (5.30pm, Ten) looks at a South African safari tracking down elephants to learn more about their tusks; and a ski boat with a radical new design. Singer Tina Arena is a guest star on Hey Hey It’s Saturday (6.30pm, Nine).

Sunday: AFL Sunday includes Brisbane versus St Kilda (1pm, Seven), live from Brisbane, followed by West Coast Eagles versus Essendon (4pm, Seven), live from Perth. In the series return of Heartbreak High (5.30pm, Ten), school is back but there is an undercurrent of unresolved grief and guilt over the death of Nick (Alex Dimitriades). Sunday night movies are Gross Misconduct (Nine) and Die Hard (repeat, Ten), up against the debut of two-part mini-series The Tommyknockers (Seven).

Tuesday: In GP (8.30pm, ABC), a romantic sojourn at a five-star hotel with Eva (Sue Walker) is ruined for William (Michael Craig) by an outbreak of food poisoning. In Blue Heelers (8.30pm, Ten), Maggie (Lisa McCune) is concerned for the welfare of two children whose mother is involved with a gang of bikies.

Wednesday: In Home And Away (7pm, Seven), Curtis (Shane Ammann) and Selina’s (Tempany Deckert) friendship leads to an intimate kiss. The documentary The Resurrection Of The Batavia (8.30pm, ABC) retraces the story of the Dutch ship, Batavia, which sank in 1628 off the West Australian coast. 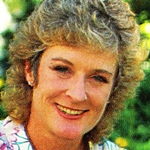 Thursday: In Home And Away (7pm, Seven), Ailsa (Judy Nunn, pictured) is forced to lie on the floor while the diner is robbed. In Wild Life With Olivia Newton-John (7.30pm, Nine), Rachel Friend travels to Tasmania to meet Jason Wiersma, who devotes his spare time to caring for injured birds of prey; and Olivia Newton-John visits Wolf Hollow, a hospital for injured wild animals. In Police Rescue (8.30pm, ABC), a youngster without a father makes friends with Angel (Steve Bastoni) and the squad. The Rugby World Cup begins with the Opening Ceremony (10pm, Ten), live from Cape Town, South Africa, followed by the opening match — Australia versus South Africa.