Silver Sofie’s golden opportunity
Sofie Formica (pictured) has only just started her new role as co-host of Just Kidding for the Nine Network, but she is already looking at long term ambitions. “I have totally itchy feet,” she told TV Week. “That’s why I’ve done so many shows, because I could think of nothing worse than doing the same show year in, year out. That may change as I get older, but at the moment I’m always thinking about the next project.” Just Kidding is Formica’s first project for the Nine Network since leaving Seven, where she had appeared on Saturday Disney, Now You See It, The Great Outdoors and Home And Away. “Home And Away was great, because the character I played was so unlike me that no-one could compare me to her in a million years.” She is keen to pursue production opportunities in the longer term. “I want to leave being in front of the camera before it leaves me. I’ll stay in front as long as I can, but you have to realise in this business when to move.”

Young guns hit Ramsay Street
The arrival of the Kennedy family into Neighbours‘ Ramsay Street is set to bring in some new talent. Benjie McNair, Kym Valentine and Jesse Spencer make up the younger generation Kennedys. McNair plays eldest son Malcolm who gets into some early trouble when he accidentally puts a bullet into Lou Carpenter’s (Tom Oliver) leg. McNair has had guest roles in GP and Home And Away and was given three days notice to pack his bags to move from Sydney to Melbourne for the Neighbours role. Valentine’s arrival into Neighbours reunites her with former My Two Wives co-star Brett Blewitt.

Good cop, bad cop!
Fans of Gary Sweet who are used to seeing him as good-guy cop Sgt Mickey McLintock in ABC‘s Police Rescue may be shocked to find a stark contrast with his latest role. In the new series of Seven‘s Cody telemovies, Sweet admits that the character of rebel cop Cody may not be entirely likeable. “I don’t think people have to like him,” Sweet told TV Week. “As an actor I just want people to react to him — that doesn’t mean liking him. Mickey is such a gregarious and affable bloke so it’s great to play someone like Cody who has a bit of a dark past and someone who is a bit dangerous.” The first of three Cody telemovies screens this week — co-starring Robert Mammone and Heather Mitchell. Sweet is already onto filming a new series of Police Rescue and is committed to further Cody telemovies next year.

Program Highlights (Melbourne, October 1-7):
Saturday: The AFL Grand Final (Seven) dominates the day — with the overnight Grand Final Football Marathon ending at 8am, followed by the Grand Final Breakfast (8am), the Juniors Grand Final (9am) and the VSFL Grand Final (11am) from the MCG. Bruce McAvaney heads the live coverage of the AFL Grand Final between Geelong and West Coast Eagles (2pm, Seven). Seven will have 25 cameras around the MCG to catch all the action, and the telecast is expected to be beamed to 60 countries.

Sunday: Race car driver Peter Brock is vying for his 10th win and a $100,000 bonus at Bathurst in this year’s Tooheys 1000 — with ten hours of coverage starting at 8am (Seven). Sofie Formica and Tina Thomsen host the Rock Eisteddfod (2pm, Nine). In Banjo Patterson’s Man From Snowy River, Anita Hargreaves (Victoria Tennant), an old love of Matt’s (Andrew Clarke), returns after 25 years. Sunday night movies are Cody — A Family Affair (Seven), Indiana Jones And The Last Crusade (repeat, Nine) and To Dance With The White Dog (Ten).

Monday: In Neighbours (6.30pm, Ten), Debbie (Marnie Reece-Wilmore) gets scared when she realises that she mentally blocked out the events of Julie’s (Julie Mullins) death. In Healthy Wealthy And Wise (7.30pm ,Ten), Lyn Talbot travels to Yerranderie, south west of the Blue Mountains; Iain Hewitson talks to the experts about different coffee equipment; Tonia Todman takes some arty inspiration from the bakehouse; and Ross Greenwood looks at how to turn disasters into dollars. 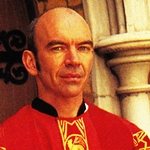 Tuesday: In Home And Away (7pm, Seven), Pippa (Debra Lawrance) and Michael’s (Dennis Coard) relationship is on rocky ground. In Blue Heelers (7.30pm, Seven), Tom (John Wood) is puzzled when he sees Father Leary (Nicholas Hope, pictured) talking to con artists Matthew (Ken James) and Nadia Balfour (Lynne Nicol), leading to suspicion that Leary may be involved with them. In GP (8.30pm, ABC), Julie (Denise Roberts) learns that her parish priest (Bob Baines) has been harbouring a guilty secret for 20 years. In Law Of The Land (9.30pm, Nine), a man convicted of wife bashing returns to town.

Thursday: In Home And Away (7pm, Seven), Jack (Daniel Amalm) and Curtis (Shane Ammann) believe they have uncovered a revealing secret about Fisher (Norman Coburn). Beyond 2000 (7.30pm, Ten) looks at the world’s first mobile decompression chamber, that can be transported by boat or helicopter. In Janus (8.30pm, ABC), Rob Griffin (Felix Nobis) takes on the prosecution of a man accused of sexually assaulting his nieces when they were children. 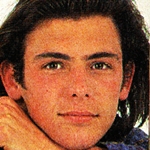