Part II of this week’s tribute to 50 years of the Ten Network. 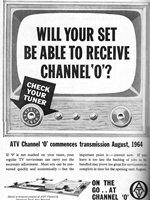 Television stations of all kinds have always had to come up with ways to entice viewers to tune in and sample their wares. In the case of Melbourne’s new ATV Channel 0 upon its launch in 1964 the task was doubly hard, because for many viewers it wasn’t just a case of turning the dial, because older sets and antennas were not equipped to receive Channel 0 and some technical intervention was required to have sets re-tuned or antennas replaced.

In March 1965, seven months after its debut, ATV0 embarked on the Channel 0 Viewers’ Club — claimed to be the world’s biggest TV contest, promising up to £70,000 worth of prizes, with the major prize being one of ten ‘Triumph 12/50 saloons’, described as “the best equipped car under £1000!” 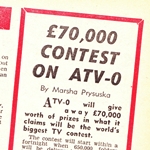 More than 650,000 individually numbered cards were distributed to Melbourne households. Viewers were asked to fill in their name and address details on the coupon component and send that back to the station. Then between 7pm and 10pm each night ATV0 would display randomly selected numbers on the screen. If the viewer identifies the number as one on their card they had to contact the station within 15 minutes and answer some simple questions.

Programs during this three-hour period each night included US shows Bewitched, The Flintstones, The Patty Duke Show, Petticoat Junction, The Fugitive, Outer Limits, The Roy Orbison Show, Bonanza , Gunsmoke and Daniel Boone plus movies every night after 8.30pm.

(Click on the images below to open in full) 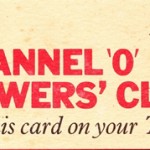 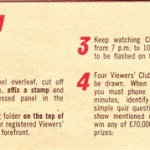 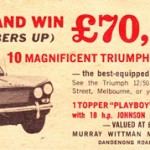 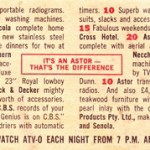 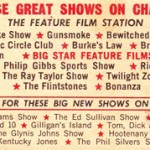 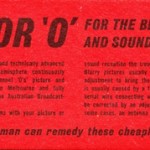 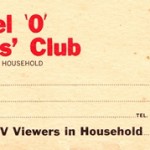 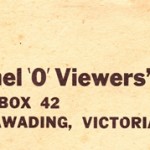 A couple of years later the channel embarked another campaign — Family Funtime — which involved viewers participating in contests being run during various ATV0 programs in conjunction with department store Waltons. Permanent link to this article: https://televisionau.com/2014/07/atv0-the-channel-0-viewers-club.html