Blue Heelers’ red hot cops!
Blue Heelers stars Lisa McCune and Martin Sacks (pictured) might clash on screen as their alter egos Maggie Doyle and PJ Hasham, but in real life they are much better mates. “Martin’s like a big brother to me,” McCune told TV Week. “He’s a mate, and he’s such a gentleman! He’s so chivalrous, very polite and sensitive.” Both actors are now also learning how to cope with being recognised in public. While Sacks has been acting since the late 1970s, Blue Heelers is his first leading role. “Although I’ve had a lot of work, it’s never been in something where I was recognised much in public,” he said. Before Blue Heelers, McCune was best known from a series of TV commercials for the Coles supermarket chain. “It’s so nice now I’m starting to be recognised as Maggie, although people still say to me, ‘You’re the Coles girl, aren’t you?’,” she said. 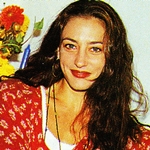 Look who’s talking about a chat show!
Former A Country Practice star Georgie Parker, (pictured) soon to appear in Seven‘s new series Over The Hill, has been asked to host a prime time chat show being developed by Don Burke‘s CTC Productions. Parker was a recent guest star on Burke’s Backyard and instantly impressed Burke. “Georgie and I had never met, but after two sentences, I knew she was perfect for the show,” he told TV Week. “We’ve had this project on the backburner for four or five years because we couldn’t find the right person.” The talk show project, intended for a mid-evening timeslot, would be a “classy program featuring interesting Australians”. 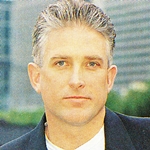 Neil moves with The Times
This week marks the launch of Seven‘s long-awaited weekly current affairs program, The Times. Hosted by former Four Corners reporter Neil Mercer (pictured), The Times features reporters Marie Mohr, Anne Johnson, Tim Stott and Seven’s political editor Glenn Milne. “The show won’t be glamorous,” Mercer told TV Week. “We won’t be in the studio wearing suits and ties and made up for the cameras. There will be no voice-overs, but there will be a lot of graphics.” Mercer is currently also hosting Seven’s daytime news program Eleven AM until regular host Ann Sanders returns from maternity leave. 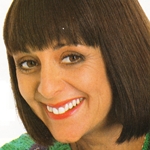 “A couple of months ago I wrote a glowing column about an American show called Grace Under Fire, which is now one of the hottest series in the US. It stars a comedienne named Brett Butler, and I was absolutely bursting with enthusiasm for it. But that piece has never seen light of day because, just before we were about to go to press, Network Ten called to say Grace Under Fire had been removed from their schedule for no apparent reason. Well, I’m pleased to report that it is coming soon… on the Seven Network.”

Monday: In Neighbours (6.30pm, Ten), Pam (Sue Jones) has to face Doug (Terence Donovan) over her relationship with Tom (George Mallaby). In Healthy Wealthy And Wise (7.30pm, Ten), Ross Greenwood has advice for people involved in fund raising, Ronnie Burns learns all about home brewing, and Iain Hewitson cooks up a classic dish — chicken and ratatouille.

Tuesday: In GP (8.30pm, ABC), the safety of Ian (Tony Llewellyn-Jones) and his family is put in jeopardy when one of his patients takes revenge. Guest stars Kim Lewis and Peter Kowitz.