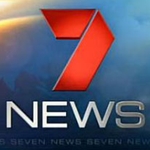 The Seven Network appears to be in a great state of indecision and instability with Seven News at the moment.

It is quite a fall from grace when only a few years ago Seven News and Today Tonight were the ratings leaders in their respective timeslots.

Last Monday, Seven News unceremoniously dumped its longtime news theme The Mission (licenced from NBC in the US) which had been in place since 1988. The audience feedback was deafening — they didn’t like the replacement news theme. Seven had to make an embarrassing backflip and reinstate The Mission by the end of the week.

As well as that there seems to be ongoing indecision about what Seven intends to do with its Seven News and Today Tonight hour. Last summer Seven experimented with one-hour news bulletins before reverting back to the traditional half-hour format with Today Tonight. But since Nine News has adopted a one-hour format and with Helen Kapalos stepping down from Today Tonight in Sydney and Melbourne, Seven has gone back into some sort of experimentation. In Sydney and Melbourne Seven has hedged its bets both ways — expanding the news to 40 minutes with a 20-minute Today Tonight.

Seven has also done its best to try and blur the separation between both programs, with a Seven News reader throwing to a commercial break and then after the ads viewers go straight into a Today Tonight story. With the recent changes over its news theme it seems very messy. 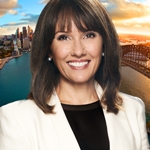 Among all this tinkering Seven is now changing newsreaders in Sydney — with Chris Bath (pictured) being moved to Friday and Saturday nights while Mark Ferguson takes over Monday to Thursday. For Bath it means she can focus more on her other role as Sunday Night presenter and other news projects for Seven.

According to an interview with The Australian, she is happy with the shift. “For me juggling two prime time shows has always been hard and with Sunday Night now expanding, something had to give,” she said. “There was no way I could juggle that and see my family. I’ve been with Sunday Night since day one, it’s my show and we are all very proud of how well it has done. It was a no-brainer.”

Bath also conceded that while Seven News was number one in Sydney with her at the helm for three years in more recent times Nine has taken leadership. “I had a good crack at it, that’s all I can do,” she said.

Ferguson’s promotion to main news anchor in Sydney is in contrast to only a few years ago when he was appointed to the equivalent role at Nine, only to be bumped aside for Peter Overton.

The shift in Sydney comes a year after Seven bumped its Brisbane newsreaders Rod Young and Kay McGrath to weekends and appointed Bill McDonald and Sharyn Ghidella to weeknights — a move that has not done wonders for Seven where it is now almost level pegged with Nine News in Brisbane.

Meanwhile Seven continues to be coy about its plans for Today Tonight. There were reports last week that tonight (Monday) Seven News would trial a one-hour news and bump Today Tonight out for the night. Now it seems that Seven has backed out of that idea and going back to the Seven News/Today Tonight split, although even that is not clear with conflicting information presented on EPG and online guides.

After tonight, it’s anyone’s guess what Seven plans to do. Although the ‘official’ ratings period is not due to start for another two weeks the end of the Australian Open and tonight’s series returns of The Block and My Kitchen Rules indicate that networks should now be at their A game. Seven appears to be far from that point with what is normally the flagship of any prime time schedule.

Their instability with the competitive 6.00pm hour is a dangerous tactic. In almost 60 years of Australian television, viewers have reminded networks time and time again that the one thing they don’t like with television news is change, instability or indecision.

Seven’s news and current affairs conundrum could also be made a lot tougher soon with the pending arrival of its former news chief Peter Meakin to Network Ten.

Breaking news tonight on one of Victoria’s most notorious prisoners. A one hour bulletin of #7NewsMelb coming up @ 6pm.

Source: The Australian, The Guardian

Permanent link to this article: https://televisionau.com/2014/01/seven-news-in-a-conundrum.html