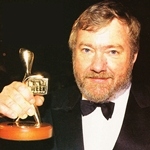 Peter Meakin, the man who led Nine and then Seven to news and current affairs domination, is joining Network Ten as Executive Director of News and Current Affairs.

For 71-year-old Meakin it is a return to a former employer.  In the 1970s he was news director for TEN10 in Sydney.

At the Nine Network he worked on the original A Current Affair and later 60 Minutes in the Seventies before being promoted to the head of the network’s news and current affairs division — overseeing Nine’s unbreakable line-up of National Nine News, A Current Affair, 60 Minutes, Today, Sunday and others.

In 2003 he jumped ship to the Seven Network, a move that led to that network hitting ratings highs with Sunrise, Seven News and Today Tonight and the successful launch of Sunday Night.  He stood down as News Director at Seven at the end of 2012, staying on only in an advisory role. “It was a great 10 years at Seven, but nothing lasts forever,” Meakin said in a statement issued by Network Ten.  “I have many friends at Ten, whose work I value highly. My challenge is to give good people the opportunity to perform even better.”

“Peter is a legend of the Australian television industry and the best television news and current affairs executive this country has ever produced.

“Across a career that has spanned more than four decades, Peter has changed the way news and current affairs are presented on television and has been the driving force behind myriad iconic programs.

“He has an extraordinary news sense and an ability to bring stories to viewers that no one else in Australia can match. Peter’s appointment to Ten further demonstrates our commitment to employing industry-best talent. It also marks a new era in the way we will develop, produce and present our news and current affairs programs.”

Meakin is one of a number of management appointments at Ten since Hamish McLennan took over as CEO in March.

Permanent link to this article: https://televisionau.com/2013/08/peter-meakin-joins-ten.html