The long goodbyes
A Country Practice star Judith McGrath has been farewelled by her fellow castmates who presented her with a cake in the studio after she taped her last scenes. Her departure from the series has been well timed, with news from producer JNP that the series will finish production later in the year. Also departing a long-running series is Ross Newton whose exit from Home And Away follows that of his on-screen wife Nicolle Dickson.

‘I’m no bitch!’
Neighbours star Julie Mullins is no stranger to copping the occasional sneer or snide remark since joining the series as bitchy Julie Martin, but she has been worried for her safety after public reaction to her character’s racism against on-screen neighbours the Lim family. “I was at a shopping centre in Melbourne, getting out of my car, and a teenage Asian boy came walking towards me, waving his arms at me and working himself up into quite a state,” she told TV Week. “He kept saying, ‘You are such a bitch on that show!’ Then he said ‘You’re a f***ing whore!’.  I said, ‘It’s just acting, mate’, but he wasn’t interested in having any sort of logical conversation.” Another incident, in Sydney, saw Mullins refused a cab trip by an Asian taxi driver. She is amazed that members of the public are unable to separate the real-life actor from the fictional character portrayed on screen. “I’m not really a bitch!,” she said. “I am definitely not a racist. I’m so far from being that.” 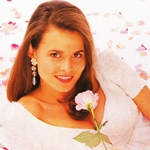 500 up for Jo
Celebrating a milestone 500 episodes with Sale Of The Century, Jo Bailey (pictured) says she feels like her performance on the show, following work to improve her presentation and elocution, has improved a lot from those early appearances with new host Glenn Ridge which attracted a lot of criticism, including from former Sale host Tony Barber. “I’d never been in the industry before and it was obvious I had a lot of learning to do,” she said. “I’m not saying the show is easy now, but we’re more comfortable with what we’re doing.”

“Those with ambitions to hold pay-TV licences in Australia — and those in whom the power is vested to grant them — should be made to take each Tuesday evening off during the next few months. At precisely 8pm, they should be required to sit in front of a bank of monitors tuned to SBS. Then, for the next half-hour, they should — under the threat of having to ensure repeats of The Comedy Sale or something just as painful — be made to watch KYTV. Made in Britain about three years ago, KYTV is becoming more and more relevant here as each day passes. And if the manifestation of pay-TV in this country bears any resemblance to the circus leading up to its introduction, then the images created for KYTV might not be all that far off the mark. And that’s a pretty frightening thought.”

Monday: As previously rumoured, Nine’s struggling drama Paradise Beach moves to the 5pm timeslot, followed by repeats of Graham Kennedy’s Funniest Home Video Show (5.30pm). The axing of game show Jeopardy! has seen US series The Simpsons move into the 6pm timeslot (Ten). In Home And Away (7pm, Seven), Greg (Ross Newton) refuses to believe his wife Bobby (Nicolle Dickson) may not pull through. HG Nelson and Rampaging Ray Slaven are back with their unique views on sport, among other things, in the series return of This Sporting Life (9.30pm, ABC). 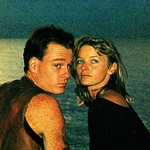 Wednesday: In Home And Away (7pm, Seven), Summer Bay is in shock at the news of Bobby’s (Nicolle Dickson) death. Science and technology program Quantum returns with a new series (8pm, ABC). 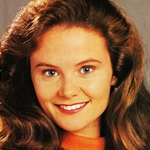 Friday: Today’s topic on Live It Up (3.30pm, Ten) is ‘Can Your Marriage Survive An Affair?’. In Neighbours (6.30pm, Ten), the stress of her marriage problems pushes Julie (Julie Mullins, pictured) over the edge. In Home And Away (7pm, Seven), Adam (Mat Stevenson) is faced with admitting he was instrumental in Bobby’s (Nicolle Dickson) death.