Shattered lives
Loene Carmen, best known for her role as teenager Freya in the 1987 film The Year My Voice Broke, makes a dramatic entrance into A Country Practice this week — playing the part of car-crash victim Jules Goodfellow.  “I play a nurse who becomes paraplegic and, as a result of various circumstances, has an affair with Dr Harry Morrison (Andrew Blackman).  It’s a very dramatic storyline,” she told TV Week.  The preparation for the five-week stint in the series included Carmen spending time at the Royal North Shore Hospital spinal unit. “I would be in a wheelchair for most of the day,” she said. 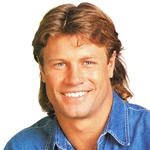 ET in alien territory
Rugby league star Andrew Ettinghausen (pictured) is learning all he can about television while starting out as a reporter for The Great Outdoors.  The Cronulla Sharks player is currently undertaking a three-year training contract with the Seven Network.  “I want to gain enough knowledge in the next five years of my football career — and hopefully I’ve got that much time left — that I can go out and put together a worthwhile TV project,” he said.  “I have no ambition to be in the sport side of television.  These days you have to be controversial.  If I have a choice about being a commentator or being somebody who can present positive things about our country… well, it’s an easy choice.”

Full pockets!
Comedian and Full Frontal star Matthew Parkinson says his dream job is to host Sale Of The Century.  “You only work one day a week and you can spend the rest of the week just being a celebrity,” he says.  Parkinson instead had to settle with being a contestant on the quiz show — ultimately winning a prize package worth over $300,000, including two Nissan cars and holidays to Malaysia and Queensland.  Full Frontal, which debuts this week, is a step up for Parkinson professionally from his previous appearances on ABC‘s The Big Gig.  “Artists Services (producer of Full Frontal) has so many resources.  At the ABC there was — well, nothing really,” he said.  “Being on Full Frontal feels more like being involved in the industry in general, whereas the ABC is an industry unto itself.  There’s a sense that I have jumped up in exposure level.”

“Words such as exhilarating and adrenalin-pumping usually don’t spring to mind when I am veged out in front of the television watching a documentary.  But the independent Australian production Baseclimb isn’t just any documentary.  In a nutshell, Baseclimb is about two Sydney men, Glenn Singleman and Nic Feteris.  Singleman likes to climb mountains.  Feteris likes to jump off them.  Teamed up, they are a literally death-defying pair.  Singleman, who produced and directed Baseclimb for his Icarus Films company, tells me the 52-minute documentary will be seen in about 80 countries as part of the National Geographic Voyager series.” 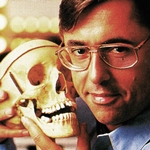 Tuesday:  In Neighbours (6.30pm, Ten), Helen’s (Anne Haddy) attempts to find new meaning in her life are unwittingly thwarted by her own family.  In GP (8.30pm, ABC), Tessa (Marilynne Paspaley) wants to treat Gabe (Paula Forrest), a friend of Steve’s (Michael O’Neill) who refuses to accept that she has a hormonal imbalance.  In Law Of The Land (9.30pm, Nine), a drug investigation goes horribly wrong when Clive (Richard Moir) shoots Nico (Vince Colosimo) in self-defence.

Wednesday:  In E Street (7.30pm, Ten), George (Les Dayman) is delighted when Alice (Marianne Howard) returns to Westside, and Sam (Simon Denny) becomes involved with some street kids and gets more than he bargained for.