Is this TV’s greatest mismatch?
Former A Country Practice star Georgie Parker makes her debut in the series return of Acropolis Now.  Parker plays the role of flight attendant Despina Hatzipapadopoulos.  For series co-star Mary Coustas, who plays style victim Effie Stephanidis, it was only a matter of time before she and Parker (pictured) worked together. The pair have a number of mutual friends and they would often bump into each other when Coustas was visiting Sydney.  They also appeared together in Seven‘s The Main Event.  “We knew we would eventually do something together,” Coustas told TV Week.  “We were thinking of Georgie for the part of Despina but she had (stage production) Gypsy coming up.  When that fell through, I can imagine how devastated Georgie would have been… but we were over the moon!” 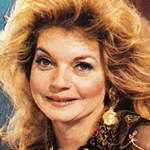 Abigail’s had her chance…
Chances star Abigail (pictured) has joined the rapidly-growing list of cast departures from the steamy soap opera.  According to Nine, Abigail’s exit was a mutual decision and she tapes her last scenes as sex therapist Dr Bambi Shute later this month.   Other cast members to have been recently written out include John Sheerin and Brenda Addie.

Deadly intentions
Despite being blindfolded and having a gun pointed at his head for 13 hours, for Embassy actor Alan Fletcher it was the most enjoyable day he has spent in a TV studio.  The episode, which screens this week on ABC, sees Fletcher’s character, diplomatic secretary Michael Clayton, kidnapped by Ragaani terrorists in the lead up to the country’s free democratic elections.  “Even though I had people throwing water at my face and make-up people touching up my bruises, it was the most focused day I’ve ever had as an actor,” he told TV Week.  “It’s great to be able to do something different than diplomacy over desks.”

Lawrie Masterson: The View From Here
“The American soap Dynasty finally gave one last kick in 1989, but last year someone decided that wasn’t really enough and made Dynasty: The Reunion.  All four hours of it will go to air on the Nine Network this week.  Those of you who have followed this column over the years will know already the regard to which I hold series such as Dynasty.  So how could I be able to resist watching Dynasty: The Reunion?  I’ll find a way, I promise.”

Program Highlights (Melbourne, August 9-15);
The Games Of The XXV Olympiad:  Seven presents its coverage of Day 15, the final day of competition, on Sunday from 4.00pm through to 2.00am (Monday).  At 2.00am, Bruce McAvaney is the commentator for the Games’ final event, the Men’s Marathon.  Live telecast of the Closing Ceremony starts at 5.30am Monday, continuing to 8.00am — with a replay on Monday night at 8.30pm.

Monday:  Seven’s normal schedule starts to resume following the Closing Ceremony of The Games Of The XXV Olympiad — with local shows including The Book Place, Eleven AM, Now You See It, Family Feud, Wheel Of Fortune, A Country Practice and Tonight Live With Steve Vizard all returning. 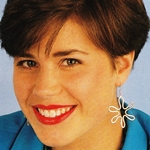 Tuesday:  In All Together Now (Nine), Anna (Jane Hall, pictured) must decide whether to go all the way with her new boyfriend.  Sean Scully guest stars in GP (ABC).  In the return of Beyond 2000 (Seven), Dr John D’Arcy meets the athletes of the 21st century, Amanda Keller unravels some of the mystery behind air disasters, and Tracey Curro takes a crash course in motorbike racing.  In Chances (Nine), Bambi (Abigail) learns that her sex show is about to be axed and sets out to impress a TV critic in order to save it. 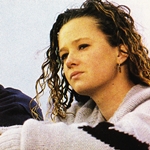 Thursday:  Nine presents one-hour special Elle, featuring Australian supermodel Elle MacPherson on location in Bali, posing for the 1993-94 Sports Illustrated calender.  The program also provides an insight into MacPherson’s attitude towards her career and some of her general philosophies on life.  Ten’s Hard Copy, with Gordon Elliott, presents a special edition I, Elvis, featuring members of Elvis Presley‘s past, who have never spoken for him before, coming forward to tell their story.