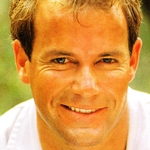 Cover: Shannon Doherty (Beverly Hills 90210) Riding high on the ratings! When Jo Bailey replaced Alyce Platt on Sale Of The Century and Lisa Patrick replaced Jacki MacDonald on Australia’s Funniest Home Video Show, the critics suggested that both programs would falter in the ratings.  But the shows have not only maintained their ratings but …

END_OF_DOCUMENT_TOKEN_TO_BE_REPLACED Is this TV’s greatest mismatch? Former A Country Practice star Georgie Parker makes her debut in the series return of Acropolis Now.  Parker plays the role of flight attendant Despina Hatzipapadopoulos.  For series co-star Mary Coustas, who plays style victim Effie Stephanidis, it was only a matter of time before she and Parker (pictured) worked …

END_OF_DOCUMENT_TOKEN_TO_BE_REPLACED

Cover: Rachel Blakely (Neighbours) The perils of being Phoebe Neighbours‘ Phoebe Bright (Simone Robertson) is only 17 years old but has had more than her fair share of emotional trauma.  First she was abused by her father and then had to cope with his sudden death.  Then she fell pregnant to boyfriend Todd Landers (Kristian …