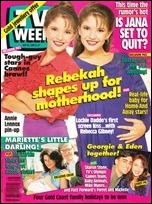 Shaping up for motherhood!
Teenage star Rebekah Elmaloglou (pictured) was determined that her on-screen pregnancy in Home And Away would look as real as possible. For almost nine months she wore bodysuits of various shapes and sizes as her character Sophie’s pregnancy progressed. “It wasn’t as bad as I thought it would be,” she told TV Week. “However, I haven’t felt very attractive – just fat and large. But it was comfortable and looked quite real, so I got into the role with ease. As Sophie got bigger, I had to make it look as though her situation was very awkward and extremely uncomfortable.” 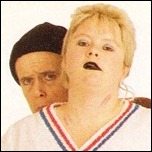 Michelle ‘fesses up!
Fast Forward’s street-wise couple Michelle (Magda Szubanski) and Ferret (Alan Pentland) give TV Week a few pointers on life on the streets. “Well, firsta all, if youse lag on someone, ya dob ‘em in, ya become a dog,” Michelle says while the normally mute Ferret nods in agreement. “And then rollin’ someone is muggin’ em, nod the head is pleadin’ guilty and ‘fess up is confess to the coppers on tape.” Michelle also says that to look good is important. “The jeans have to look like you’ve been born in ‘em and the hickeys are a fashion accessory, but more than two is in bad taste,” she says.

Will Mike stop the clock?
60 Minutes reporter Mike Munro talks to TV Week about his plans to spend more time with the family and less time travelling the globe filing reports for the program. “Things will definitely come to a head over the next couple of years,” he said. “I’ve got two priorities in life – my family and 60 Minutes, in that order. I’m happy at the moment, but eventually I will have to start spending a lot more time with the family. I could even qualify as a house husband! I’m pretty domesticated, a good cook, and I clean and iron and do all those sorts of things.” 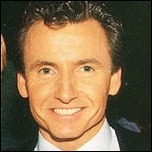 On their blocks!
When the Seven Network successfully bid $40 million for the Australian television rights for the Barcelona Olympic Games, many high-profile media personalities from other networks fought for a place on Seven’s team. One of those was Bruce McAvaney (pictured), who was unhappy at the financially-ailing Ten Network and saw the Games as a great reason to change camps. Fortunately for him Seven agreed, but not everyone was successful in getting a spot on Seven’s team. “We had calls from some extraordinary people,” Seven’s director of sport Gary Fenton told TV Week. “I’m talking about technical and on-air people. A lot wanted to be part of this were not considered good enough to be involved.” The Seven Network is sending a team of 154 to Barcelona, including commentators and technical personnel – putting together what Seven claims is the largest offshore broadcast in the history of Australian TV. However, Seven’s investment is minuscule when compared to the US network giant NBC which paid $401 million for the broadcast rights and is sending over a team of 3000. Seven’s coverage will be fronted by McAvaney and Garry Wilkinson, while specialist commentators will include Ron Casey (boxing), John Bertrand (yachting), John Alexander (tennis), Neil Brooks (swimming) and Lindsay Gaze (basketball).  Seven’s on-air team for the Games also includes Sandy Roberts, Peter Landy, Drew Morphett, Peter Mitchell, Pat Welsh, Cameron Williams, Lisa Curry-Kenny, Dennis Cometti, Max Stevens, Edwina Gatenby, Ian Hyslop, Duncan Armstrong, Alexis Hamilton-Smith, Cathy Freeman, Steve Moneghetti, Andrew Gaze, Lisa Forrest, Peter Meares and Kim Watkins. The Barcelona Olympic Games launch with the opening ceremony on 25 July.

Briefly…
The hot tip going around the industry is that A Current Affair host, TV Week Gold Logie winner Jana Wendt is keen to step away from the program and spend more time with her young son, Daniel. She is also believed to be considering returning to university to do extra studies. Midday host Ray Martin is tipped to take over Wendt’s role on A Current Affair with John Mangos taking over Martin’s spot on Midday. 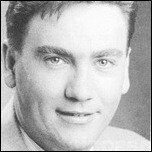 Network Ten sports reporter Eddie McGuire (pictured) is confirmed as part of the line-up for new Melbourne radio station 3EE, which is due to launch at the end of June. McGuire will be hosting a Saturday morning show on the new station which fills the gap left by the closure of 3XY in September last year.

Former Home And Away star Julian McMahon has turned down a guest role in E Street. The former model is about to head off to the US, but E Street producers are still keen to pursue him for other roles in the future. 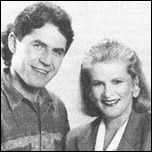 What’s Cooking co-host Colette Mann says that since the show launched a year ago she’s constantly being approached by the public when shopping. “People will come up to me and say, ‘Shouldn’t you be somewhere else?’, meaning on TV,” she said. “You want to scream at them, ‘No, the show’s taped!’. Or they go, ‘What’s cooking, Colette?’, and they think they’re the first person in the world to think of it. But I must say I’ve never had a bad reaction from people about the show.” And when asked about her co-star, French-born chef Gabriel Gate, she says their unlikely on-screen partnership has benefited both of them. “My cooking has improved a lot and his television has improved a lot!” 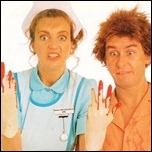 Let The Blood Run Free, the off-beat hospital comedy from the producers of The Comedy Company and featuring Jean Kittson and Peter Rowsthorn (pictured), is coming back for a second series. Production is to resume at the Network Ten studios in Melbourne, although the network has yet to make a commitment to programming the series. The first series, produced in 1990, was sold to 12 countries and was a hit in Germany and the Netherlands.

Lawrie Masterson: The View From Here
”The American sitcom Cheers has a chequered history in this country. From memory, it started life here on Network Ten and was pushed around various timeslots until – like other US sitcoms such as Roseanne and Married… With Children – someone at Ten placed it in someone else’s too hard basket. Since it became Nine Network property two or three years ago, Cheers has enjoyed increased success, while never setting the globe ablaze and while still having to cope with some buffeting around the program schedule. In the US, of course, it’s been a different story. The NBC sitcom regularly finishes in the five top-rating shows on the year and the nondescript little bar on Beacon Street in Boston, where the show is set, has become a national landmark. After making its US debut in 1982 at a lowly number 77 in the ratings, Cheers climbed steadily until – by the time it celebrated its 200th episode about 18 months ago – it was number one. Better late than never, the Nine Network will screen the special hour-long celebration episode this week.” 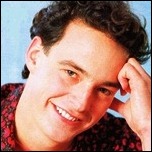 Thursday: Seven presents a one-hour special, Barcelona With Steve Vizard, exploring life in Barcelona today and its cultural history in the lead up to the city hosting the Olympic Games. In Embassy (ABC), Terry Blake (Frankie J Holden) applies for a promotion to a job in Canberra.