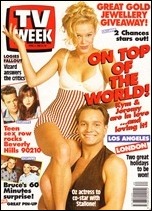 On top of the world…!
A Country Practice star Kym Wilson and Chances star Jeremy Sims are in love and happy for the whole world to know.  “At the beginning, we decided that if there was speculation about us, it would be best not to hide it,” Wilson told TV Week.  “By being honest from the start, we felt people would respect us and leave us alone – which they generally have.”  Despite the pair working in separate cities – A Country Practice is based in Sydney and Chances in Melbourne – they commute on alternate weekends.  “Even if we were in the same city, living in the same house, probably the only time we’d see each other would be weekends, because of our heavy work schedules.”  However, the pair will be working together later this month with an appearance in the play Love Letters, on stage at the Sydney Opera House. 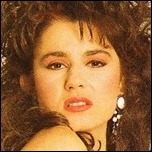 How Effie became drama queen
Growing up in the working-class Melbourne suburb of Abbotsford, Mary Coustas hardly seemed destined for an acting career.  But when the family moved to outer-suburban Doncaster – before, she insists, all the “wogs” moved out there – her outlook on life changed, performing in high school plays and musicals, and she credits her family for supporting her career choice.  “When I told them what I wanted to do with my life, they accepted it,” she told TV Week.  “I wasn’t talking about acting in terms of making lots of money, but entertaining people.  They saw that as healthy.”  Coustas, who plays Effie (pictured) in the sitcom Acropolis Now, is now performing her own stage show Waiting For Effie in Melbourne.  As well as Effie, the one-woman show also features Coustas as seven-year-old schoolgirl Libby, womaniser and compulsive gambler Vasili and overweight former schoolteacher Sophie.  “These characters have been in my head for four or five years.  But this is the biggest risk I’ve taken… I’ve lost half a stone in three weeks.”

Sixty soapie minutes!
A chance meeting between 60 Minutes reporter Jeff McMullen and E Street star Bruce Samazan has led to the current affairs reporter filing a story looking at the off-screen lives of some of Australia’s most popular soap stars.  McMullen visits recent Logie winner Samazan at his home in Wollongong to meet his family and old schoolfriends.  The story also features Home And Away stars Les Hill and Mat Stevenson and former E Street star Melissa Tkautz.  “Our story shows how these ‘wannabe-stars’ came from hard backgrounds, and looks at their chances of getting to Hollywood,” McMullen told TV Week.  “We had a lot of fun making this story.” 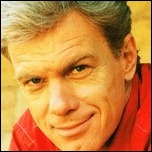 Briefly…
The producers of E Street have decided to continue with the controversial ‘Mr Bad’ serial killer storyline, even though the actor who plays the role, Vince Martin (pictured), has left the series.  A new actor will be cast in the role, but in the meantime Mr Bad is shown on screen to be in hospital with his head wrapped up in bandages!

Peter Ross, host of ABC’s Sunday Afternoon arts program, has told TV Week that only one person has refused an invitation to join him on the show – Graham Kennedy.  “He knocked us back in the kindest possible way,” Ross said.  “We usually have good access to artists.  We would have liked to talk to Graham about life and points arising.  He’s a great media figure, an interesting, one-off Australian.” 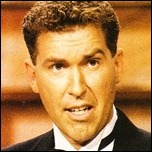 Comments that Steve Vizard (pictured) made on Logies night have stirred up a strong reaction in newspapers and talkback radio, but he is unapologetic.  “My style of humour is pretty much to take the —-, and I won’t change that for anyone.  If you don’t like it, then don’t watch,” he told TV Week.  But Vizard believes the press honed in on his comments in the absence of any real controversy.  “There was a slight need for a beat-up,” he said.  “The Gold Logie winner (Jana Wendt), to whom the press devoted so much space the morning after, wasn’t there.”

The cast departures from Nine’s Chances continue, with Tim Robertson, one of the show’s original cast members, and Molly Brumm now finished production with the series but will continue to be seen on-screen until May.  Their characters depart the show amid a drug-related disaster.  Brumm may return to the series at a later date, but Robertson’s departure is permanent.

Lawrie Masterson: The View From Here
”As the dust settles after the recent TV Week Logie Awards, yours truly was called upon to make one of his rare forays into another medium.  Actually, I quite enjoy the electric wireless… when I’m listening to it.  On this occasion I had to clear my throat and speak by phone to John Hindle and Brett McLeod, partners on a drive-time show on a Melbourne station.  These days, part of their show is Hindle’s daily “Letter to Mike”, a sometimes whimsical commentary on current events, read out in the form of a letter to a friend in London.  Just before my big moment on air, Mike was told about “television’s annual orgy of self-congratulation.. the star failed to appear… there was weeping and wailing and much gnashing of teeth” and so on.  This must have moved Mike somewhat because he wanted to know more and, through a friend of a friend, obtained a tape of the program.  Then he sat down and penned a reply.  It fell off the back of a Jumbo and was mistakenly opened by your correspondent.  I know I shouldn’t do this but…

“Dear John, Thanks for all your letters.  It’s a great comfort to this ex-pat to have constant reassurance that governments in Oz are going from bad to worse, England isn’t the only country in the world with an unemployment problem, and the Logie Awards are still going strong 34 years on.  I say “going strong” because I heard about the fantastic TV ratings.  Sort of blows out the water your mate’s statement about Channel Seven not being on a winner … You line up this bloke from TV Week, whatever his name is, and then hit him with a heap of negative stuff straight out of a Sunday paper.  Well, John, I suppose that’s okay, as long as you know the Sunday paper was accurate in the first place.  And that’s always a worry!  You both harangue the guy about the Logies, but then say that neither of you saw the show.  And your mate asks whether the absence of Jana Wendt resulted from the “fact” that it was “just another Gold Logie and she already had a couple, so why rush down?”  I heard him excuse himself after being told it was, in fact, Jana’s first Gold Logie, but he’d already hung himself by then.  But what really got me, John, was the way you both let the topic drop with the remark: “Who are we to judge?  We weren’t even invited.”  Is that what you really hated about the Logies?  Until next year, Mike.”

Tuesday:  In Beyond 2000 (Seven), Amanda Keller looks at the treatment that is shocking heart attack victims back to health, Simon Reeve takes a ride in a vehicle that produces more horsepower or kilowatts than the entire field of the Adelaide Grand Prix, and Tracey Curro uses the latest visual technique in electronic conferencing. 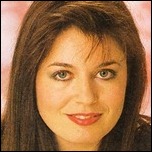 Thursday:  The Seven Network special Crocodile Man features David Ireland, who shares his lifelong fascination with crocodiles, on a journey from the remote Kimberleys in Western Australia to the captive monsters on crocodile farms.  The one-hour documentary includes footage of crocodiles underwater and displaying behaviour never before seen on camera.  This is followed by the comedy special Dame Edna’s Hollywood, featuring Dame Edna Everage (Barry Humphries) with guests Cher, Bea Arthur, Jack Palance and Mel Gibson.  The show’s highlight no doubt being Dame Edna and Cher performing I Got You, Babe.

Saturday:  Nine presents early morning coverage of the US Masters golf, live from Georgia.  ABC has highlights of the Winter Paralympics, followed by football (VFA) and netball.  Ten has live prime-time coverage of the NBL Mitsubishi Challenge match between Melbourne Tigers and Perth Wildcats from the National Tennis Centre.