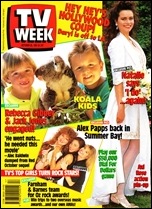 Jimmy and John to rock AMAs!
Rock legends Jimmy Barnes and John Farnham will perform a duet at the upcoming Australian Music Awards presentation. The live performance follows the release of their upcoming single, a remake of the Sixties song Something Is Wrong With My Baby. The Australian Music Awards will be held at Melbourne’s World Congress Centre late in November and will be broadcast via Network Ten.

Hey Hey it’s Hollywood!
The Nine Network’s Hey Hey It’s Saturday will mark its 20th anniversary with two shows beamed live from the Hollywood studios of Warner Bros. A team of 25 cast and crew will head to California for the shows to go to air on November 9 and 16. The Hollywood production followed the success of the show’s recent special edition presented from Warner Bros Movieworld on the Gold Coast. “The only snag was money,” host and co-producer Daryl Somers told TV Week. “We’re ecstatic that the deal has come off, with the support of Movieworld, Village Roadshow, Qantas and Warner.” Although the Hollywood specials of Hey Hey It’s Saturday are for Australian audiences only, Somers has been asked to contribute some segments to a US program.

Fast Forward salutes Captain Bligh
The Fast Forward team is set to go into production with its first sitcom project. A pilot of the concept, based on the life of Captain William Bligh, is likely to be produced later this year. The concept was created by Steve Vizard and Peter Moon but it is unclear at this stage which cast members of Fast Forward will feature in the pilot. “The cast generally enjoy doing Fast Forward, but they are anxious to go in new directions,” Andrew Knight, Vizard’s partner in Artists Services, told TV Week. “I have no doubt they are the best comic performers in the country, but unless you give them new ideas, they’ll go stale.” Knight also said that it was likely that Fast Forward would be back only in a reduced form in 1992. 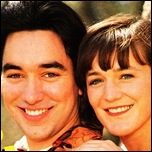 Briefly…
Former Home And Away cast member Alex Papps has returned to the series for a four-week guest role. Since leaving the series he has worked on The Flying Doctors, appeared in two productions for the Melbourne Theatre Company and featured in a Christmas pantomime in the UK. But Papps (pictured with co-star Nicolle Dickson) has warned that his character, Frank, is back as a changed man. “Frank is a bad boy… a very bad boy,” he said. “He’s spent the last two years in New York with Roo (played by Justine Clarke), and their relationship has slowly deteriorated. She loved the New York hype. He was not happy there.”

A group of Seven Network personalities have grouped together for a recording project. Michael Horrocks (Video Smash Hits), Georgie Parker (A Country Practice), Emily Symons (Home And Away), Julie McGregor (Hey Dad!) and Christopher Truswell (ex-Hey Dad!) have each recorded their own solo tracks which will be compiled into an album under the name Farm House. “I think it will appeal to our mums!,” Horrocks said.  “We chose songs that older people would remember but with a beat younger people would enjoy.” The first single from the album, Parker’s version of These Boots Are Made For Walkin’, is due to be released this week.

Nine’s music maestro Geoff Harvey has landed a guest role in The Flying Doctors, marking his acting debut. In mock seriousness, Harvey is confident his role of French chef Jason Slark will lead to an international career in television, stage and film. “I can only assume that I’ll be forced to stop doing Midday as soon as people see me in The Flying Doctors. I’m sure I’ll be off to the US to look at a few projects,” Harvey said. “Ray (Martin) doesn’t speak to me as much as he used to… I believe he’s jealous.”

Production is well underway on Lift Off, the $10.3 million series being produced by the Australian Children’s Television Foundation. Scheduled to appear on ABC next May, the series has already been sold overseas.

John Laws says…
”Australians are becoming – like viewers in other countries – more and more disposed to “bare knuckle” television. Take the case of Ten’s Hard Copy, a program that happily plumbs any depths to exploit tragedy.  Recently in its chronic desperation to serve up blood and guts (anyone’s), Hard Copy revived a long-forgotten murder case from the Fifties and attempted to link it with the fictional Hannibal “The Cannibal” Lecter serial killer in Silence Of The Lambs.”

Tuesday: In GP (ABC), William (Michael Craig) gets dragged into a court case and discovers that the law is a game where everyone gets muddled and battered. In All Together Now (Nine), Thomas (Steven Jacobs) is convinced he is the only remaining virgin in his school.

Wednesday: ABC presents a special, Everybody – Smoking, taking a look at the personal, cultural, political and economic aspects of a drug claimed to be the world’s cheapest status symbol.  The program is hosted by Trisha Goddard. In Neighbours (Ten), Ramsay Street is in for a shock when the Mangel house is auctioned. 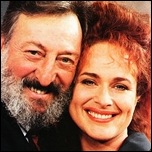 Friday: In Home And Away (Seven), living in a caravan puts strain on Nick (Bruce Roberts) and Lou’s (Dee Smart) relationship.