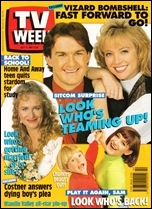 Hey, look who’s together now!
Christopher Truswell, who is leaving his role as Nudge in Hey Dad!, has signed up for a guest appearance in Nine’s All Together Now, playing an admirer of Anna (Jane Hall).  The special appearance, scheduled to screen later this month, is currently a one-off but Truswell (pictured, top right with All Together Now’s Rebecca Gibney) may be asked to return.

Chances star is out
The Nine Network’s struggling drama series Chances is set to trim its cast line-up as it aims to cut costs while boosting ratings.  Kimberley Davenport, who plays mother-to-be Charlie in the series, is the first victim from the cast shake-up.  Despite the show’s lack lustre ratings Nine is set to commit to a series renewal, though will be trimming the show’s weekly output from two hours a week to one. 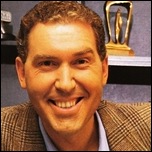 All good things must come to an end…
Tonight Live host and producer Steve Vizard will be taking a three-week break to make a series of specials from Barcelona, the host city of the 1992 Olympic Games.  The specials, which are set to feature many of the Fast Forward cast, will go to air on Seven in the lead up to the Games.  Vizard is currently in negotiations with international names like Ben Elton and Bob Geldof to host Tonight Live in his absence.  Meanwhile with Artist Services, the company led by Vizard and Andrew Knight, working on as many as seven projects planned for 1992, Vizard has said it may be impossible for ratings hits Tonight Live and Fast Forward to continue next year in their existing formats.  “The network obviously wants both shows to continue, but we said from the outset that you can only do these things when you’re enjoying it and making them well,” he told TV Week.  In the case of Fast Forward, Vizard said it may be limited to a series of specials next year, while he is considering walking away from the hosting role on Tonight Live to allow him time to focus on the company’s other projects which include a variety show hosted by John Farnham and three sitcoms. 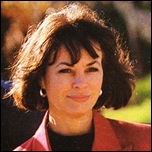 Briefly…
The Investigators host Helen Wellings tells TV Week of her early ambitions to be a comedian.  “I know it sounds strange,” she said.  “I know I’m not really a funny person.  I don’t even tell jokes very well, but I really wanted to be a comic.”

The Doug Anthony All Stars, famous regulars from The Big Gig, are returning to TV in a new sci-fi sitcom, DAAS Kapital.  The seven-part series, which debuts this week on ABC, promises to “stretch the boundaries of television”. 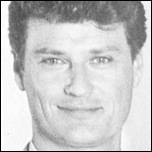 Production is about to start on a new 13-part drama series, Phoenix, for ABC.  The idea for the series came from the bombing of Melbourne’s Russell Street police headquarters in 1986.  “It’s not so much cops and robbers – in fact, there are very few villains – but more of a character piece centred on the members of the Major Crimes Squad and the pressure they are under,” producer Bill Hughes told TV Week.  Phoenix is set to star Simon Westaway (pictured), Nell Feeney, Sean Scully, Andy Anderson and Paul Sonkkila.

John Laws says:
“What a spectacle SBS gave us with the live screening of the World Cup semi-final clash between Australia and Portugal, in front of a massive crowd of more than 112,000.  SBS’ coverage was, as usual, impeccable in its camerawork and especially in the controlled commentary of Les Murray and Johnny Warren, one of the finest sporting commentary teams of recent years.”

Tuesday:  Seven crosses to the WACA, Perth, for live coverage of the AFL State Of Origin: Western Australia versus Victoria, hosted by Sandy Roberts.  ABC presents the series final of The Big Gig.

Thursday:  In Embassy (ABC), Michael’s (Alan Fletcher) career is threatened by a scandal when a housegirl claims she is pregnant with his child.

Friday:  In Home And Away (Seven), Pippa (Debra Lawrence) and Michael (Dennis Coard) have a rebellious Sally (Kate Ritchie) to deal with.