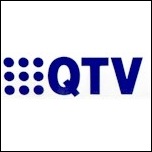 North Queensland is known to get hit by cyclones over the summer months – but in December 1990 its local television station was well and truly stirred up by a fierce wind of another sort.

The Federal Government’s aggregation policy of expanding choice of commercial television services in eastern states regional areas was about to hit its next stage – aggregating the Queensland regional markets of Townsville/Cairns, Rockhampton/Darling Downs and Wide Bay/Mackay into a competitive market comprised of the three regions’ commercial monopoly services – QTV, Star Television and Sunshine Television Network, respectively. 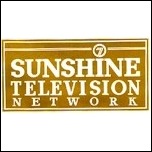 Sunshine Television Network (officially, SEQ8 Wide Bay and MVQ6 Mackay) was all set to be aligned to the Seven Network, while Star Television (RTQ7 Rockhampton/DDQ0 Darling Downs) were to be affiliated to Network Ten and QTV (TNQ7 Townsville and FNQ10 Cairns) was preparing to tie-in with Nine as they each planned to expand into each others’ markets to give viewers a choice of three commercial channels.

Star Television’s RTQ7 was owned by WIN, the regional broadcaster that had affiliated with the Nine Network in Southern NSW and Canberra when  that market was formed with aggregation in 1989.  Obviously, having Star Television linked to the third-ranked, and financially-troubled, Ten Network was not a desirable scenario.

As a result, on Christmas Eve, 1990, WIN sealed a deal to buy out Star’s Darling Downs station DDQ0 from owner David Haynes and in the process had tied up a deal with the Nine Network for programming Star for the expanded regional Queensland market. 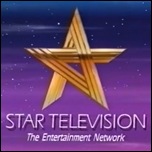 The deal was going to turn Star’s schedule completely around at only a week’s notice before the launch date across the expanded market – 31 December.  But the news was worse for QTV.  Although QTV’s owners, Telecasters North Queensland – ironically, a company 21 per cent owned by Nine – had been negotiating a program supply deal with Nine for three years, it had still yet to sign the dotted line as aggregation was fast looming.  Negotiations were continuing on the basis that Telecasters felt that Nine were still asking for too much in affiliation fees – essentially a significant percentage of all income received – which would leave QTV basically operating as a slave to the Nine Network with no local production, which it felt would be looked upon poorly by the broadcasting authority, and such a steep levy would financially hurt its shareholders.  The situation was further compounded by the fact that any previous negotiations with Nine as an Alan Bond-owned company were now apparently thrown out as Kerry Packer had re-gained control of the Nine Network and the network was seeking top dollar for its output. 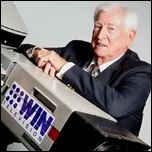 It should be noted, also, that WIN owner Bruce Gordon (pictured) was a long-time friend of the Packer family – having got his first break in the business via Kerry’s father Sir Frank in the mid 1970s.  WIN had apparently expressed some interest in gaining the Nine affiliation for Queensland six months before aggregation, when Packer regained control of Nine, but nothing more came of it until WIN was approached by Nine at the last minute after negotiations with QTV had appeared to have stalled just days before Christmas. The deal for WIN to buy DDQ0 and sign Star Television up with Nine followed.

Telecasters North Queensland got informed on Christmas Eve that Nine was withdrawing its offer to provide programs for QTV as it had now partnered with Star (WIN), leaving QTV with no network partner to supply programming.

“You don’t expect your largest shareholder to pull the plug on you,” QTV general manager David Astley told the Sydney Morning Herald, “but that’s just what they have done.”

It was not disclosed at the time if Gordon had agreed to pay the same programming levies that Nine had demanded of Telecasters North Queensland – although WIN general manager John Rushton told the Sydney Morning Herald: “We didn’t pay them what they initially asked and we had to pay them more than what we initially said we should.” – but the deal struck between WIN and Nine apparently also tied in with a re-negotiated program supply deal for WIN’s existing station in Southern NSW and Canberra.

A frantic few days followed as Telecasters had quickly formed ties with the Ten Network.  Telecasters had little option but to align with Ten as the rival networks, Star and Sunshine, were now firmly affiliated to Nine and Seven respectively.

QTV’s pre-aggregation schedule, promotion and sales activity had been based heavily on its planned Nine Network affiliation, so the broadcaster had to re-align its entire schedule and rate card to match Ten’s.  Meanwhile, Star Television was re-branding itself as WIN, to match its NSW counterparts, and was obviously happier in replacing its Ten Network schedule with the top-rating Nine Network line-up. 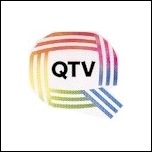 Telecasters was putting on a brave face, however, telling viewers that it was feeling far more at ease at dealing with Ten than it was dealing with a rigid Nine Network, and were confident that Ten’s revamped schedule, including new US titles The Simpsons and Twin Peaks, going into 1991 was going to work for QTV.  Ratings would likely not be as high as with Nine affiliation, but neither would the overheads and affiliation fees. 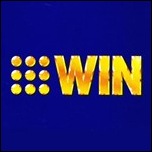 The wash-up from the pre-aggregation tussle also brought out repercussions.  The then Australian Broadcasting Tribunal (ABT) in 1991 launched an investigation to determine if Packer had excessive influence over the regional Queensland market, as he continued to own 21 per cent of Telecasters North Queensland, even though it had become a Ten affiliate, and had indirect influence over the market through his Nine Network affiliation to WIN.  Packer later sold his interest in Telecasters, and the company further cemented its ties with the Ten Network by becoming the largest Australian shareholder in the network – buying a 40 per cent stake in Ten in 1992.

Permanent link to this article: https://televisionau.com/2010/12/queensland-tv-stirred-up-by-aggregation.html