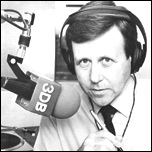 Former journalist and broadcaster Michael Schildberger has died in hospital in Melbourne at the age of 72, after a 13-year battle with prostate cancer.

Schildberger started his career in journalism as a cadet reporter for The Sun newspaper in Melbourne in 1955. He later moved to GTV9 in 1958 as a reporter. During his many years at GTV9 he appeared on programs including Newsbeat and Federal File.

In the 1970s he became a producer and host of the original A Current Affair for the Nine Network – winning a TV Week Logie award in 1976 for best TV interviewer.

In 1979 he became news director at Melbourne’s ATV0, including a short stint as co-newsreader for Eyewitness News. He was also news chief at radio station Fox FM when it launched in mid-1980.

He later founded the media production and consultancy company Business Essentials and published an autobiography, The Sorcerer’s Apprentice.

Michael Schildberger is survived by his four children. His wife Julia passed away some time ago.