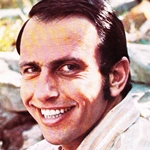 Gerald Stone, the American-born journalist who launched 60 Minutes in Australia, has died at the age of 87. Born in Columbus, Ohio, he came to Australia with his wife Beth and two daughters in 1962. After three years as a Vietnam correspondent for The Daily Mirror and The Australian newspapers, he made the move to …

END_OF_DOCUMENT_TOKEN_TO_BE_REPLACED

Permanent link to this article: https://televisionau.com/2020/11/obituary-gerald-stone.html

Former journalist and broadcaster Michael Schildberger has died in hospital in Melbourne at the age of 72, after a 13-year battle with prostate cancer. Schildberger started his career in journalism as a cadet reporter for The Sun newspaper in Melbourne in 1955. He later moved to GTV9 in 1958 as a reporter. During his many …