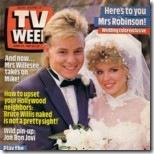 Neighbours: The Perfect Blend, the fan website dedicated to Neighbours, has announced that it is coming to a close early next year after seven years covering the series.

“It’s with sadness that we announce that Neighbours: The Perfect Blend will be coming to an end next year after seven years providing Neighbours news, information and interviews. We simply don’t have the time to give it the attention it deserves, and have also seen a shift towards negativity from our readers and on the messageboard in the last few years that has gradually taken the fun away from what we were doing. But, for the most part, it has been fun, and we’ve all loved turning the website into one of the biggest and best Neighbours resources online.”

The website is one of the most thorough and detailed collection of resources on everything you could want to know about Australia’s most famous neighbourhood – including episode guides, location information, character profiles, updates on past and present cast members, multimedia features and interviews with cast members and production crew.

The site has certainly been a useful resource in writing for this blog. 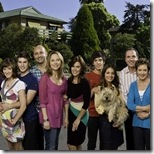 Neighbours: The Perfect Blend (the name taken from the show’s signature tune) will continue to be updated up until 27 February 2010, the website’s seventh anniversary, and will stay online for future reference.  The messageboard forum will also continue at http://www.neighboursboard.co.uk/

Next year will also mark a significant year for Neighbours as it celebrates its 25th anniversary.

Permanent link to this article: https://televisionau.com/2009/12/leaving-the-neighbourhood.html