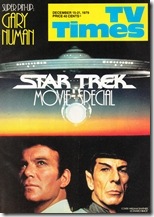 Countdown to the ‘80s
Countdown’s Ian ‘Molly’ Meldrum and producer Ted Emery have travelled the world to compile a 90-minute special edition of the show to signal the end of the 1970s.  The pair interviewed more than 100 pop stars across Australia, the US, UK and Europe for the special which will air on ABC this weekend.  “The program is still being sorted out but we plan to present a variety of top world stars of the decade talking about the music of the ‘70s,” Emery told TV Times.  The program will also discuss the future and who is likely to be a dominant force in the 1980s.  Some of the interviewed pop stars include David Bowie, Rod Stewart, Stevie Wonder, Elton John, ABBA, the Rolling Stones, the Doobie Brothers, the Boomtown Rats, Alice Cooper, Bryan Ferry, Fleetwood Mac and Australians Olivia Newton-John, Daryl Braithwaite and Glenn Shorrock. 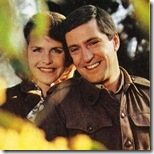 Ilona Rodgers’ private battle
It has been a tough year for actress Ilona Rodgers, the newcomer to the cast of The Sullivans.  For the New Zealand actress there was enough pressure coming into the popular series, with producers’ hopes of her taking on the high-profile star status in the wake of losing Lorraine Bayly, but Rodgers was also seven months pregnant when she took on the role. She was also tending her mother who was dying of cancer, and supporting her husband, who has stayed in NZ, trying to start up a new farming venture.  But Rodgers is happy with the role in The Sullivans:  “The first three months were really tough, but now I think I’m on top of it.  My only complaint is that I haven’t had a good game of snooker since John Waters (pictured, with Rodgers) finished working on the show.”  Her husband, David Warren, has made frequent visits to Australia since the birth of son Mischa, who has also made several trips across the Tasman to spend time with his father.  “I had him with me for a long time, but it’s unfair that I should have the only benefit of watching him grow up,” Rodgers told TV Times.

TV star ‘back from the grave’
Film actor Bryan Brown has been signed up for the upcoming mini-series A Town Like Alice to play the role of Joe Harmon – a role made famous in film by Peter Finch.  The mini-series, based on Nevil Shute’s novel, will go into production for the Seven Network early next year.  In charge of production will be Henry Crawford, producer of Seven’s earlier success story Against The Wind.  For actor Brown, his only other TV appearance has been in Against The Wind, as the Irish boyfriend of Mary Mulvane (Mary Larkin), killed in the first episode.

Those restless colonial years
When Jeff Archer of The Restless Years goes off on an overseas trip, actor Noel Trevarthen will be going back in time to play Judge Advocate Captain Collins in ABC’s eight-part drama, The Timeless Land.  Trevarthen will appear in the series’ first two episodes, covering the four years from 1788 when the British landed and Captain Collins read out the proclamation claiming Australia for the Crown.  “Collins is an interesting character.  He was a court favourite of George III, and, as a reward for his services, the King made him judge advocate of NSW.  But he was one of the few people at the time who believed in the future of NSW.  A lot of his contemporaries were only interested in grabbing the land.” 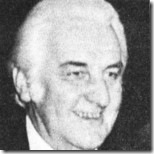 Briefly…
The town of Echuca, on the Murray River, will be the star of a new mini-series adapted from Nancy Cato’s best-selling book, All The Rivers Run. Producer Hector Crawford (pictured) is currently negotiating with American interests for financial backing for the series, which is expected to be made as 10 or 12 one-hour episodes.  Production is likely to start later next year.

Actress Liddy Clark (Ride On Stranger) has won the award for Best New Talent at the recent annual Penguin Awards, held in Melbourne.  Other winners on the night included NWS9’s Ian Fairweather, for his contribution to children’s television, Cop Shop’s Peter Adams as Best Actor and Prisoner’s Carol Burns for Best Actress.

Janet Kingsbury has left her job as a reporter for the travel show, Bill Peach’s Holiday, to return to acting.  The parting from the ABC series has been amicable, and stories featuring Kingsbury that have already been completed will go to air during 1980.  Kingsbury, whose last acting job was four years ago in the movie Let The Balloon Go, has started a new role as Anne Hunter in the series The Restless Years. 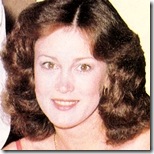 Anne Sneddon (pictured), the 1979 Miss Australia, has entered TV current affairs as a reporter and co-host on BTQ7’s Haydn Sargent’s Brisbane:  “I like journalism and I’d like to be the best on TV.  I can wait 15 years, as long as I keep getting better.  With the help I’m getting from the whole team here, I should.  If I don’t, I need a hard kick.”

Viewpoint: Letters to the Editor:
”I really have to laugh at the ad asking private motorists to save petrol!  Why isn’t the ad directed more towards those who race cars?  Don’t they waste more petrol than the private motorist?” R. Goodwin, NSW.

“Isn’t it about time women had a go where nudity on TV is concerned?  How about the men getting more of their gear off?  Put men in see-through baths etc.  So come on and give us women something to watch on TV.  After all, women watch more TV than men.  There is enough of the female body being exposed, so come on men, have a go.” L. Davies, NSW.

“I have read where the Australian series Skyways has not been getting good ratings and may be axed.  Why, oh why, are we subjected to such insults to our intelligence as CHiPs and Lucan?  The storylines are weak, the direction terrible and the acting second-rate.  Yet the Australian show is good.  Myself, my family and friends have lived almost every story in real life.  The acting is really first-rate and the direction is excellent.  I can watch Prisoner, Cop Shop and Skyways frequently, but the above-mentioned American shows only get one or two viewings because they are appalling!” M. Arnett, NSW.

What’s On (December 15-21):
HSV7’s summer of tennis continues with the South Australian Open on Saturday and Sunday, live from Memorial Drive, Adelaide, and the New South Wales Open from Monday to Friday. 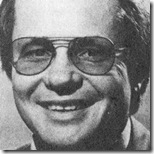 In Cop Shop (HSV7, Monday), Danni (Paula Duncan) has a surprise visitor who has managed to pull a few strings to obtain her address.  Meanwhile, Liz (Liz Burch) and Baker (Gil Tucker) seem to be sharing many precious moments together.

Friday night on HSV7, Shirley Strachan and the gang from Shirl’s Neighbourhood appear in a one-hour special, Christmas In The Neighbourhood, featuring guest appearances by Jo Jo Zep and the Falcons.  Later in the evening, ATV0 crosses to Sydney Festival Of Carols, held at the Domain and hosted by John McNally with performances by June Bronhill, Helen Zerefos, Steve Watson, Sandy Scott, Suzanne Steele, the Claire Poole Singers and the Crusade and St. Mary’s Cathedral Choirs.