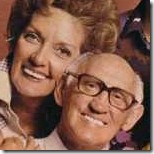 The blog Have Phaser Will Travel, authored by Number 96 fan and historian Ian McLean, tells us that there will be a third DVD release of the 1970s hit series.

Like the show’s second DVD release from last year, the new release will feature 32 episodes in all their ‘70s colourful glory – picking up from where the second DVD left off at episode 680, where the apartment block was recovering from the ‘Pantyhose Strangler’ murders that had the apartment building’s residents on edge for weeks before the culprit later came to a sticky end. 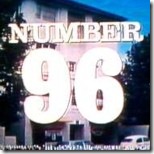 The episodes to feature now originally aired on the 0-10 Network between January and March 1975.  All were produced in colour but not all were originally broadcast in colour as Australian TV was still largely in black and white, with only selected programs allowed to appear in colour during the testing phase leading up to ‘C-Day’ (1 March 1975) when all TV stations were allowed full-scale colour transmission.

No news yet as to when the new DVD, from Umbrella Entertainment, will hit the stores.

Source: Have Phaser Will Travel

Permanent link to this article: https://televisionau.com/2009/03/more-episodes-of-number-96-to-dvd.html