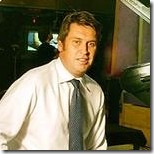 Since 2006, the commercial networks have all known that from 1 January 2009 they would be allowed to open an additional channel on the digital platform.

Despite the three-year advance notice, Nine Network chief David Gyngell has only now made a statement, of sorts, that they will be launching a digital-only channel to complement its existing standard and high-definition channels.

Speaking to The Australian newspaper, Gyngell would only say that Nine’s additional channel would comprise ‘general entertainment’ and would not be a time-shift channel as had earlier been speculated.

Industry speculation indicates that the new channel may be a cross between pay-TV channels TV1, which comprises largely retro programming, and the more contemporary FOX8.

The network is also negotiating the renewal of its programming ties to the Warner Bros studios in the United States which currently supplies hit programs to the network such as Two And A Half Men, Without A Trace and Cold Case, which could also indicate the tone of the new channel.  Though it is also suggested that the Seven Network may also be mounting a counter bid for the Warner contract.

Although the Gyngell claims about a new channel are promising and long overdue, they don’t really deliver anything of substance.  There is no announcement of a name for the channel, a possible launch date – apart from “the second half of the year” – or more specific programming details other than “general entertainment.”  In fact, Gyngell’s comments seem remarkably as vague as those of rival Seven chief David Leckie who, barely a month ago, made statements that Seven was well on the way to planning additional digital channels – just not well enough to unveil a name for the channel, any sort of programming strategy or a launch date, even now a month later. 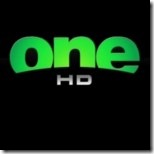 Meanwhile, Ten has avoided playing smoke-and-mirrors and making grand statements with little substance, and has actually got on with the job of delivering additional digital content – being just days away from launching their new 24-hour high-definition all-sports channel, OneHD, in the major capital cities this Thursday.

Permanent link to this article: https://televisionau.com/2009/03/nine-comes-to-the-digital-party.html