TV Guide is an icon of the American magazine publishing industry.  Since it was first published in 1953, TV Guide has followed the progress of television, its programs and celebrities on a weekly basis.  The stars that have featured on TV Guide front covers over the last fifty-five years are a Who’s Who of popular culture.

And while – like other printed TV listings – TV Guide has recorded a declining circulation in recent times, it still claims a weekly readership of over 20 million Americans. 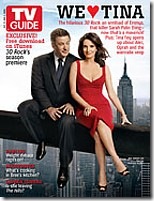 But this week TV Guide made news itself when its owner, Macrovision, sold the title to private equity firm OpenGate Capital for one dollar – not for one issue, but the whole publication.  (TV Guide’s online presence is not included in the sale)  As well as that, Macrovision also offered OpenGate a low-interest loan to help cover the magazine’s losses.  This is all quite a markdown considering that a previous owner, Rupert Murdoch, made corporate history when he bought the magazine for $US3 billion in 1988, at the time making it the largest deal in American publishing history.  Murdoch later admitted that he had paid too much for the title and in 1998 sold it off for $US2 billion.

The recent bargain-priced sale of TV Guide highlights the challenges facing the printed media market, such as TV listings, with intense competition from other media such as the internet and electronic TV listings through services such as TiVo or electronic program guide channels often found on pay TV and digital TV, which can all be updated at the press of a button, an obvious benefit given networks’ tendency for rapid schedule changes at a moment’s notice.

Since the historic Murdoch deal, TV Guide has been reworked numerous times including dumping its digest-size format to the larger-page format in 2005, a move which coincided with the controversial scrapping of all localised TV program listings and replacing with a single national ‘grid’ format covering the major networks only, and editorial featuring an increased emphasis on celebrity stories rather than breaking news.   The title recorded a $US20 million loss in 2007, but OpenGate is hopeful to turn the magazine around and have it making a profit again as soon as 2009.

The evolution of the TV listing market has also seen Canada’s TV Guide (not related to the US title) abandon print publication altogether in 2006, instead choosing only to maintain itself as an online presence.

Permanent link to this article: https://televisionau.com/2008/10/tv-guide-goes-for-a-dollar.html