Following news that Mildura has been selected as the pilot market for phasing out analogue television transmission, Communications Minister Senator Stephen Conroy has mapped out the timetable for conversion from analogue for the rest of the country: 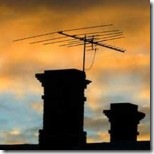 * Markets that already have one commercial service exclusively broadcast on digital.

Permanent link to this article: https://televisionau.com/2008/10/digital-deadlines-mapped-out.html