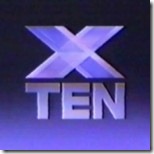 It’s twenty years ago this week that Brisbane’s TVQ0 (branded on-air as “TV0”) made the move up the dial to become TVQ10.  The change finally brought Brisbane into line with the other state capitals that all had their Network Ten stations transmitting on Channel 10, and, following the launch of NEW10 in Perth earlier in the year, finally the network was on an equal footing in all five mainland state capitals. 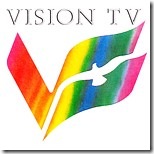 The move from TVQ0 to TVQ10 was first mooted late in 1987 when the station was sold by Christopher Skase‘s Qintex group to regional TV operators Darling Downs TV, owners of “Vision TV” (pictured) which comprised DDQ10 Darling Downs and SDQ4 Southern Downs.  Upon buying the station, DDTV saw the benefits in swapping the frequencies of the two stations, TVQ0 and DDQ10.  The changeover would rectify any reception difficulties affecting TVQ0’s signal across the greater Brisbane market, and would no longer see the station dogged with the “black sheep” status among its network by not being broadcast or branded as Channel 10.  It also meant that any network promotions and marketing material didn’t have to be re-badged specifically for Brisbane.  However, for Darling Downs viewers, it meant the downgrading of DDQ from the stronger Channel 10 frequency down to the low end of the VHF band to Channel 0.  Viewers watching SDQ4 Southern Downs, or the low-powered relay transmissions on TVQ46 Gold Coast or DDQ5A in Toowoomba, were not affected by any change at all in this transition. 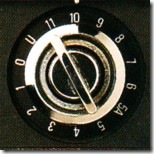 The changeover between Channels 0 and 10 for TVQ and DDQ was one that required some co-ordination as the stations could not use the same frequency at any given time as their overlapped signals would cause interference with each other.  In the week leading up to the final changeover, both TVQ0 and DDQ10 closed down by midnight each night, then afterwards they would broadcast a temporary test signal on their new frequencies, TVQ10 and DDQ0, enabling viewers to check that their sets were able to pick up the new channels.  Normal transmission then resumed on their regular channels at daybreak.

The final changeover took place just after 12.00am on Saturday 10 September 1988, when TVQ0 newsreader Rob Readings announced: “Join us now as we turn to Brisbane Ten.”  At that point, the station identification for Ten commenced and then suddenly, TVQ0 was switched off for good.  Viewers then turned over to TVQ10 to see a test pattern, then the completion of the Ten station identification, followed by a local station promotion for “Brisbane TEN”.  The first program to then appear on TVQ10 was the movie classic Helter Skelter, before the station signed-off for the night.

And just incase viewers didn’t quite get the message that TVQ0 had now become TVQ10, the Saturday night movie the next evening was the comedy 10, starring Bo Derek and Dudley Moore.

The move to TVQ10 was also timed to give viewers a week to make the transition in tuning their sets to the new channel before Network Ten’s telecast of the 1988 Olympic Games from Seoul.

TelevisionAU also has some of the advertising used to advertise TVQ0’s transition to TVQ10, as well as program guides for TVQ0’s final day of transmission and TVQ10’s first day.

Permanent link to this article: https://televisionau.com/2008/09/when-brisbane-came-across-to-ten.html