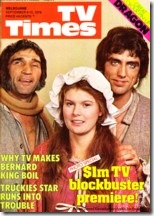 Peita’s no jail bird
Former The Young Doctors and Class Of ’75 actress Peita Toppano has scored the role of housewife-turned-murderer Karen Travers in the upcoming Grundy Organisation series Prisoner, being made for the 0-10 Network. Production of the thirteen one-hour episodes is to start in Melbourne in October and the series also stars Elspeth Ballantyne (Bellbird), Val Lehman, Carol Burns, Colette Mann and Richard Moir.

Cricket ‘fever’ for 34 nights
The Nine Network is so confident that its World Series Cricket will capture a large summer TV audience, that between 28 November and 4 February it will screen all major matches in the series with most of them airing in prime-time. Program manager Gordon French told TV Times, “We found viewers had reacted very favourably to night cricket. And if people want night cricket we will provide it to them. We are, after all, governed by the wishes of our viewers.” 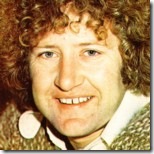 Steady job sours ‘Sugar’ Wood
John Wood (pictured), of ABC‘s The Truckies, has a big problem when he’s working on a TV series – boredom. He worries constantly that the hours spent sitting around waiting his turn on camera will affect his performance: “That was one of the problems I had on Power Without Glory. At first, it was great, as Sugar – the character I played – was in all the action, but in the middle episodes all I seemed to do was walk on to the set just to let people know Sugar was still around.” This would be one reason why Wood would be wary about joining a long-running series, such as Cop Shop or The Sullivans, in a sustaining role: “I think I’d go screaming mad with the boredom of week-to-week chore acting.”

Just quickly…
Stuart Wagstaff has revealed that he has never had a written contract for his cigarette commercial work. Everything, including pay rises, was done by gentleman’s agreement.

Latest catch-phrase in the United Kingdom is “I’ll rip yer bloody arms off!” following the screening of the pilot of The Little Big Show, starring Grahame Bond.

The atmosphere at Melbourne’s ATV0 studios has never been so highly charged since the halcyon days of The Box, with all studios working to capacity. 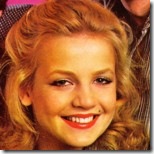 Viewpoint: Letters to the Editor
“I’ve been watching The Restless Years from the beginning and haven’t missed out once. But since Deborah Coulls isn’t in it any more, I dislike it a bit. There have probably been reasons for taking Deborah out of it, but I reckon Sue Smithers (pictured) can’t act as well as Deborah.” A. Wiesenthal, NSW.

“I cannot understand why ABC sent Norman May to Canada to commentate at the Commonwealth Games after his awful exhibition at the last Olympic Games, especially the swimming events.” W. Dickie, NSW.

“Would somebody mind telling that bore, Ian Meldrum, to grow up! Why ABC insists on inflicting him on the ever-suffering viewing public is beyond me.” A. Rankins, NSW.

As mentioned above, Against The Wind debuts Tuesday night on HSV7 in a two-hour episode. Earlier the same night, ABC screens the first of a six-part series Run From The Morning, a mystery thriller starring Michael Aitkens (The Truckies), Bud Tingwell, Rod Mullinar and Bill Kerr.

It’s a big week for premieres for ATV0 this week. On Monday night at 7.00pm, The Daryl And Ossie Show debuts as a half-hour variety/game-show format with Daryl Somers and Ossie Ostrich having made the move from hosting GTV9‘s Hey Hey It’s Saturday last year. 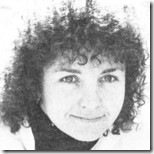 Sunday night movies are There’s A Girl In My Soup (HSV7), Holiday On The Buses (GTV9) and The Man Who Would Be King (ATV0), while on ABC‘s Capriccio!, actor Warren Mitchell has chosen the music to be performed on the program.