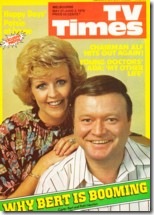 What makes Bert run?
Bert Newton (pictured, with wife Patti) has taken on a lot in the last three years – marriage, fatherhood, five mornings a week on radio 3UZ, two nights a week on The Don Lane Show, his own weekly show New Faces, TV commercials and was King of Melbourne’s annual Moomba festival – but sees no danger of repeating the famous breakdown he suffered in the early 1960s. Now approaching 40, Newton reflects on that earlier period: “A breakdown was inevitable and I even had the warnings. But who takes heed of such things at that age?” 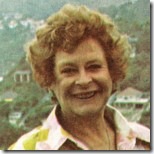 Gwen Plumb, TV’s genial menial
Ada Simmons, the gossipy kiosk lady of Nine‘s The Young Doctors, would think Gwen Plumb (pictured) is a bit posh. After all, Plumb is everything Ada Simmons isn’t – sophisticated, self-assured and independent. Plumb looks back on over 30 years in show business – from early days as a copywriter with Sydney radio station 2GB, to working on stage in London’s West End and hosting her own popular radio and television shows in Sydney in the 1960s.

Chopper Squad’s Hollywood connection
Chopper Squad actor Robert Coleby has confessed to TV Times that his real name is actually Robert Taylor. When he graduated from acting school in London, he was encouraged to assume a new name rather than keep his real name to avoid any comparison at that time to the Hollywood actor of the same name. He chose the name Coleby when browsing the London telephone directory for inspiration and found only two Colebys listed for the whole of London. 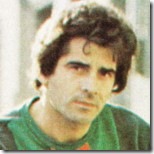 By Georgiou, it’s Detective Orcsik!
Cop Shop‘s newest recruit John Orcsik (pictured) might have been born in Hungary, but has lived in Australia most of his life and considers himself only as “Australian” – yet the 32-year-old actor has played everything from a Irish priest in The Sullivans, an Arab guerilla in the telemovie Harvest Of Hate, and is now playing a Greek-born detective in Cop Shop: “Crawford Productions have been good to me, but some other production companies have ruled me out because I look ‘too European’.” The first time he played a run-of-the-mill Australian was in the soap Number 96. When he’s not in Melbourne filming for Cop Shop, Orcsik spends his time in Sydney with girlfriend Margaret and two-year-old son Simon.

Viewpoint: Letters to the Editor
“How refreshing it was to see such a superb production as ABC‘s Loss Of Innocence. It was well acted and set perfectly to present the top-class product we should always be able to enjoy.” J. Browing, QLD.

“Why is it what when we have many of own fine young actors and actresses in Australia – like Nick Hedstrom in The Restless Years – people have to make ridiculous statements like “they say he’s another Brando”? He doesn’t look like Marlon Brando, and surely he would much rather be popular as himself and not because “they” say he’s another Brando. I wonder who “they” are?” S. Gerry, NSW.

“On Sydney ATN7 news I had the displeasure to see an item about the murder of a security guard where the camera followed a trail of blood out of the building, along the footpath to a pool of blood next to the body under a sheet. I would rather watch supposedly violent TV shows which I do not believe influence children than to see real death and violence which could give anyone nightmares.” J. Wright, NSW.

What’s On (May 27-June 2):
ABC presents Rocturnal, a late-night music series based on the ABCFM program of the same name, hosted by David Woodhall.

Thursday night (actually, 2.00am Friday morning) sees ABC‘s live telecast of the World Cup soccer from Argentina – the opening ceremony and the first match between West Germany and Poland. The telecast is repeated Friday evening.

ATV0 presents the Grand Final of the talent quest Pot Of Gold, with host Tommy Hanlon Jnr and resident judge Bernard King. Although the series normally screened on weekday afternoons, the final was shown on Sunday at 5.00pm, marking the end of over three years of the program.